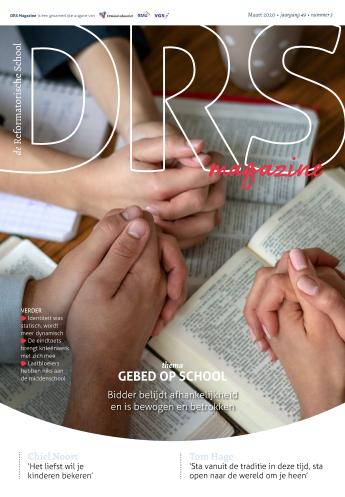 His character, nature, act of creation, love, redemption... even His existence: all these things are systematically disregarded and ignored. God is conspicuous by His absence in ‘God, our schools.’

This was my journal entry after a day at work as a young teacher in a state school; two years later, I had resigned, started an independent Christian school and these constraints were removed. I have learned much since that journal entry.

I have worked with colleagues in Holland for fifteen years. In the early days I shared an observation: Dutch educationalists were “sleeping giants”, people who were powerful but who had not yet realised the full extent of their power. Fifteen years later, perhaps it is still the case. To start a Christian school in the UK in the 1990’s meant to do so without state funding. Yet a lack of what might be considered essential levels of funding has also been a reason for our success.

We have to work sacrificially. We have to trust God for His provision. This has bred a mentality of using what we have got rather than bemoaning what we lack. We have been free to imaginatively create curriculum to serve the purposes of God in our students’ lives. Curriculum design is embarked on in prayer, lessons come from encounters with our students coupled with a prayerful access to their heavenly Father. Cooperating intentionally with God’s Holy Spirit has been profound; sometimes God is present spectacularly and other times through gentle outcomes that come from an environment where kingdom values shape the every day.

We have been viewed with suspicion and animosity. Rather than becoming defensive and fearful, we have learned a confidence in God. Our students find places at prestigious sixth forms in our district.* The students we produce are attractive because of their character and substance as young people.

You do not have to start a school to be radical or grow your faith through seeking financial provision. Be thankful that your needs are provided for. But, “sleeping giants”, you have to awake and use the authority to seek God directly for your students. They are looking for your leadership and your example to inspire them to put their trust in Jesus.

* A sixth form is a two-year institution students enter aged 16 after they have taken their national exams at GCSE level. Students take higher exams called A levels over these two years and then they enter university aged 18. Six forms can be attached to schools or be independent institutions.

Headteacher of Bradford Christian School. He is from England.

A Lovely Correction for Great and Chief Ones

Dear reader, when you read these words, it will still be the Passion season and also the month of the year in which we have our Prayer Day. Much is necessary for our daily lives, especially when we...

Standing at the Beginning of Something New

Good morning, boys and girls,At this opening chapel, I would like to read for you from 1 Samuel 3:1-10.As I lead you in prayer, I would ask that you sit up straight, fold your hands,...