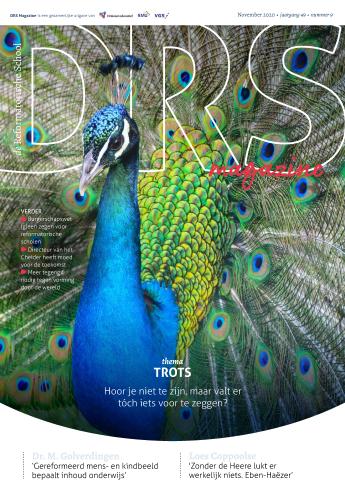 In Finland, government controls the primary education with carefully laid out norms. Christians schools also must implement these norms, although these schools are supposed to bring up and educate children conform a Christian worldview.

This poses Christians schools in a very challenging position, because the Finnish society quickly strides away from Christian values: legislation changes rapidly – and in most cases contrary to the Christian perception of humanity.

At the same time, media and general opinion normalize a notion of humanity that is foreign to Christians. The principle of humans being created as a man and a woman and that marriage is a union between these two, is becoming a minority-opinion. The Christian worldview is perceived as demeaning to equality and human rights. One representative of the Finnish parliament has been summoned to court for hate speech because she tweeted some quotes from the first chapter of the Biblebook Romans.

A well-tried response to this situation is that of strengthening the depth of perspective of students. Our aim is to teach children to recognize the bases of various views and perspectives. The facts of science evidently speak on behalf of the Christian perception of humanity to the extent to which science is able to define humanity itself. It is at this point that all Christian viewpoints are united.

The depth of perception is not merely one aspect but a part of corporate culture. In its own way it is a return to the roots of Judeo-Christian culture. It is awe-inspiring to reflect on God´s creation with an open mind. The magnitude of our Creator is clearly displayed as we study His creation. A focus on human being alone narrows the intellectual perspective and leads to the utterly restrictive worldview of humanism. In fact, this is the heart of the story of Job. When our Creator declared His greatness, Job covered his mouth and humbled himself in his mortality.

Public debate in Finland has so far failed to acknowledge the parents’ inalienable right to provide education and upbringing to their children according to their fundamental beliefs. We are entering a historical age where holding on to this right becomes important. At the same time Christian schools and day-care centers must act wisely in order to maintain licenses for operation while still portraying a Christian worldview.

Chairman of the Union of Christian schools and day-care centers in Finland.

"Actions speak louder than words!" How frequently this adage is used by all of us as it conveys an important reality of daily life. We all judge the genuineness of someone's words within the framew...

The church has been from the beginning of the world and will remain to the end of it. Christ is an eternal King who cannot be without subjects. The gates of hell will not prevail against this churc...

Graduates: My Son, My Daughter, Give Me Thine Heart!

Graduation: A time for reflection The future! How very important this word is for every human being. Thinking about the future can arouse within us various emotions,...

The Doctrinal Basis for the Daily Instruction of our Children

The privilege of having our children educated and taught in our own Christian schools is evidence of God’s goodness and faithful care over us and our families. This, although it is a great privileg...

The Calvin Christian School of Lethbridge and Fort Macleod urgently requires, due to enrollment increase, qualified teachers, for all grade levels.