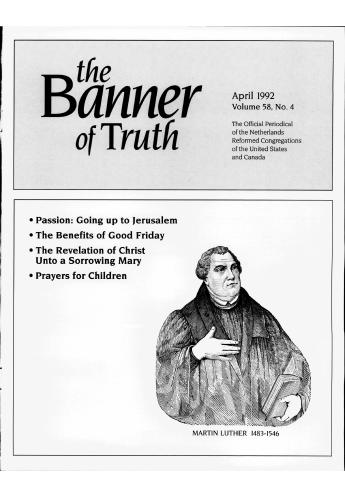 Joseph and the other people in the country of Egypt did not get hungry during the famine, when nothing grew. They had lots of food saved up in barns. They just went there and bought it.

But what about Joseph’s brothers? And what about his father, Jacob? They lived in another country. But this country had a famine, too. Nothing grew. There was no food. But God had not told the people in this country that there would be a famine. So no one had saved any food and the people were hungry.

Jacob and his family were hungry too. But then he heard something. There was a lot of food in the country of Egypt! In fact, they had barns and barns full of it. So he called his sons together.

“Listen,” he said. “I hear that there is corn in Egypt! Go down there and buy some.”

So Joseph’s ten brothers got on their donkeys and hurried to Egypt. Ten brothers? Yes. Only ten. One stayed behind. That was little Benjamin. Jacob didn’t dare to send him with the others. He had already lost Joseph, and he was afraid he would lose Benjamin too.

And what does the Bible tell us? Let’s read it right from the Bible: “And Joseph was the governor over the land, and he it was that sold to all the people of the land. And Joseph’s brothers came and bowed down themselves before him with their faces to the earth.”

Did you hear that? The brothers didn’t know it, but they were bowing down to Joseph! Their little brother! And that is just what he had dreamed would happen! But his brothers had thrown him in the pit so it wouldn’t happen!

Joseph knew who his brothers were even though they didn’t know him. And he remembered his dreams, too!

“Where are you from?” Joseph asked them in a mean voice.

“From the land of Canaan,” said his brothers. “We want to buy food.”

“No, you’re not,” Joseph said. “You are spies! You just want to find out what’s going on here!”

“No, we’re not,” the brothers cried, but Joseph pretended he didn’t believe them.

“Really!” they cried. “We came to buy food. We are from Canaan. There are twelve of us boys. Our little brother is at home now, and the other brother is ... is dead.”

That brother really was not dead, but he was talking to them! But they didn’t know it!

“I will find out if you are really telling the truth,” said Joseph. “You said that you have a little brother at home. I’ll see if that is really true. I want one of you to go and get him, and the rest of you will stay here until he comes back! You cannot go home until your little brother comes. And, if he doesn’t come — well, then, I’ll know you are spies!”

And then, before they could do anything, he put them all in prison!

Three days passed. Then Joseph let them out of prison. “You may all buy corn and go home now,” he said. “All of you except one. He must stay here in prison. The rest of you can take your corn home. But you must bring your little brother back with you! Then I will know you are telling the truth. Then I will know that you truly have a little brother.”

The brothers got ready to go home. But Simeon stayed back. He had to stay in prison until Benjamin came back with the other brothers.

The brothers spoke a language called “Hebrew.” We speak English, don’t we? So we would not have been able to understand them. The brothers didn’t think Joseph could understand them either, because they thought he was from Egypt. But of course he really could because he was a Hebrew just like them. He had just pretended he couldn’t. He had a man next to him who would tell him what his brothers said.

So the brothers began speaking together in their own language. “It’s our own fault,” they cried. “We were mean to Joseph. We put him in that pit even though he cried and cried to get out.”

“Didn’t I tell you not to hurt him?” asked Reuben. “But you wouldn’t listen to me!”

Joseph heard them say they were sorry for what they had done to him. He knew their hearts were not so hard anymore. God was making them softer! This made him happy. How much he wanted to tell them who he was! How much he wanted to see Benjamin and father Jacob again! Joseph went in another room and — cried and cried.