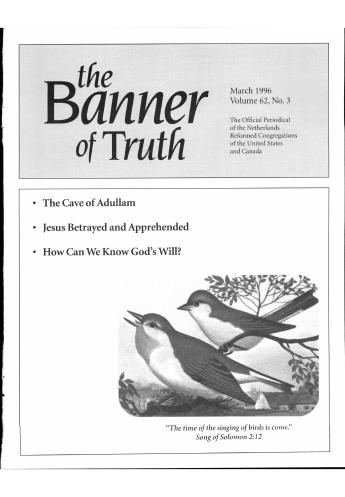 The Truth Summoned by a Lie

“Now the chief priests, and elders, and all the council, sought false witness against Jesus, to put Him to death; but found none: yea, though many false witnesses came, yet found they none” (Matthew 26:59-60).

The highest court of Israel was speedily assembled into session. The unusual hour was acceptable, and their night’s rest was gladly offered up in order to serve to the welfare of the nation. The hated Rabbi from Nazareth would this day be set before the great council. This was an occasion which they had long sought. No matter how varied their opinions were regarding particular situations, when it concerned the Lord Jesus, they had one opinion. With the exception of Nicodemus and Joseph of Arimathaea, they hated the Savior with a deadly hatred. Therefore it was already determined that He should die.

Recently, when the raising of Lazarus from the dead caused such a deep impression upon the people, the members of the council had asked each other, “What do we? for this Man doeth many miracles!” The chairman, the high priest Caiaphas, had then proposed that Jesus be put to death. In this way the nation’s interest would be served.

Now that they had Him in their hands, the plan could be worked out. However, the difficulty was that they had no legal ground for the death sentence. What was there with which He could be charged? For which act could He be accused? No one could supply an accusation. They had often sought to snare Him in His words but never succeeded. No, this was not possible, for the Surety whom God had given His people was without sin. He Himself could freely ask the question, “Which of you convinceth Me of sin?” For otherwise He could not be a Surety for sinners.

However, the members of this great council were blind for this. Their hatred against Jesus could not be a legal ground. And they had no other basis. Well, then they would accuse Him falsely. Who would give a false testimony? Isn’t that directly against God’s commandment, “Thou shalt not bear false witness”? Moreover, to do so is something quite despicable in public life.

Are there then people who lend themselves to this? Oh, yes, they are more than willing to do so. They are certainly those from the fringes of society, aren’t they? I once heard a person, who had to swear an oath upon assuming his position, say, “For a time I will swear a false oath!” Here it is the elite in Israel who call for perjurers. Generally such persons come forward of themselves. One never knows if it might result in a desirable appointment or promotion.

False witnesses against Jesus! There are not just a few, but there are many who do this work of the devil. For that is what it is. It was to the Jews who did not believe in Him that Christ said, “Ye are of your father the devil, and the lusts of your father ye will do. He was a murderer from the beginning, and abode not in the truth, because there is no truth in him.” All who testify falsely against Christ do in fact the same as Satan did in Paradise. What a vast number of followers or children Satan has.

Via the deceitful media, via radio and television, but likewise via most pulpits, a false witness is heard throughout the entire world against Christ and His church. And what witness do we give, not only to the outside world, but also to each other? Is it in agreement with the witness which God gives in His Word regarding Christ? Do we recommend Him and His service? Or do we, by evil speaking and a worldly walk, give a false testimony of Him?

How necessary it is then to fall here before the Lord and to beg for mercy. For there is grace for guilty ones. In order to merit acquittal at God’s tribunal, Christ was willing to be condemned on the basis of a false witness. And where He applies His merits, people are renewed after His image. Former false witnesses then give witness of the truth. “He that speaketh truth sheweth forth righteousness” (Proverbs 12:17). However, a false witness shall not be unpunished, and he who utters lies shall perish.

The Truth Summoned by Falsehood

The highest authority in Israel had been hastily gathered together. The unusual hour was no problem for them, and their night rest was gladly sacrificed in order to serve for the welfare of the nat...

The Life of Abraham XX: Abraham Makes a Covenant with Abimelech

Genesis 21:22-34 This portion of God’s Word tells of another meeting between Abraham and Abimelech. It was probably shortly after Isaac was weaned and...

The Lord is the unchangeable and faithful God, but people may be very changeable, as you can see in this chapter. In the morning, many people crossed the sea to see the Lord Jesus, but now they tur...

IGod chose His people in Christ out of eternal sovereign love” and mercy to His glory and their salvation.The Son of God was perfectly agreed with the will of the Father, and with ful...

There was a man named Naboth, who lived in the city of Jezreel. He had a vineyard there, very near King Ahab's palace. It was a very pleasant garden, and the king often looked at it and said, “I wi...

Uitgave: The Truth Summoned by a Lie