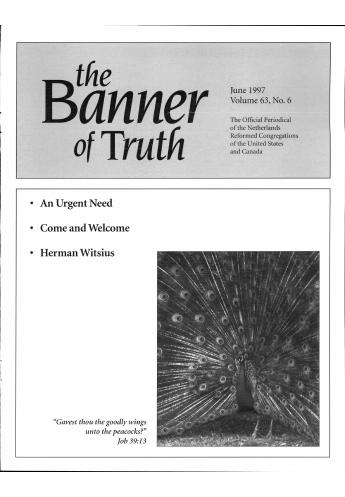 A few hours before, on one of the mountains of Galilee, the Lord Jesus had received the honor of His Father. We know that three disciples had been with Him, namely, Peter, James, and John. The mountain had seemed for these disciples to be the very gate of heaven.

The boy was dumb, he could not hear or speak, and we read that he also had an unclean spirit. The devil at that time had a special power over this boy, which caused him to suffer. During the time that the Lord Jesus was on earth, the devil tried his utmost to maintain his power.

The father of the boy was desperate. Because he had heard of the Lord Jesus and of His disciples, the father asked the disciples to heal his son. The disciples had not been able to do this. The Lord Jesus was not present, and they themselves were full of doubt. Were they able to send forth the unclean spirit and to deliver this young man from him? We read, “And they could not.” Oh, they could not help the boy, and they were disappointed and full of unbelief.

At the bottom of their hearts there was faith. The Lord had planted it in their hearts, but this plant was like a tulip in the winter — the life was in the bulb, but could not yet be seen. “And they could not.” Oh, what a difficult situation for these followers of Christ! They were ashamed, and the Pharisees were laughing because they could not help the boy, although they were striving to do so. Oh, what an uncomfortable situation for the disciples! They were without the Lord Jesus, without faith, without the power to do a wonder, and all this in the midst of their enemies.

It may be, dear reader, that you know what it is to be in such a situation. And what could the reason be that they could not do anything? It was unbelief. The father of the boy and the disciples lacked faith. By nature unbelief is in our hearts; even in the hearts of the true believers there is so much unbelief. Oh, we have to admonish ourselves!

Poor father! See him standing there before the Lord. Nobody could help him. He was so disappointed in the disciples. He had been convinced that they could deliver his son, and they could not! Oh, poor and needy father, we feel sympathy for him. Maybe you think this was a concerned man, and he had done what he could do. His request was, “If Thou canst do any thing, have compassion on us, and help us.”

He said, “If Thou canst.” What would the answer of the Lord be? We read the answer in verse 23: “If thou canst believe, all things are possible to him that believeth.” That is the message of the Word of God, my dear reader! We are not allowed to say, “If Thou canst.” The walls of Jericho had fallen down by faith! Oh, that we could believe, that we could trust in the Lord for time and eternity. Permit me to quote some texts about it: “Believe in the Lord your God, so shall ye be established” (2 Chronicles 20:20), “But without faith it is impossible to please Him” (Hebrews 11:6), “And this is His commandment, That we should believe on the Name of His Son Jesus Christ” (1 John 3:23). We need faith, and the Lord is requiring faith! If we forget that, dear readers, we want to blame others, and we dishonor the Lord.

And what was the reaction of the father? Was he able to believe? Did he speak boldly about his faith and his love and his willingness and his choice? Oh, many Christians of today speak about their faith, and it seems that they believe of themselves. But not this father! His answer was, “Lord, I believe; help Thou mine unbelief.”

The words of Christ were so powerful and strong that he could no longer distrust Him. He felt by the work of the Holy Spirit in his heart that He was the Lord, and he immediately received that true faith. But, oh, he felt also that he could not believe, and he felt guilty about it. Did we ever feel guilty about our unbelief? Do we know what it is to be so dependent on God that we beg Him for faith? Many so-called Christians seem to be able to believe, but not this father!

Nevertheless, he believed in Him! He received that faith by hearing the voice of the Master, who had asked him to believe. Oh, may we come to the feet of the same Savior to beseech Him to grant us that faith to trust in Him and to love Him. He is more willing than we are, and He has more power than we realize.

Oh, unconverted reader, may you come to His feet as a poor and guilty sinner, not able anymore to blame the Lord. And you, children of the Lord, may we be truly ashamed that we have so little trust and belief in Him. Oh, listen now to His voice: “If thou canst believe!” What is now your answer? Oh, may we receive faith to believe that He could say, “It is finished,” and that He paid the price. He even paid the price for the application of the Spirit. Oh, remember that the veil of the temple was rent from the top to the bottom, and let us not try to sew it together.

When Jesus came down from the mountain after His transfiguration, He saw a great crowd of people standing around the disciples, talking to them. As soon as the people saw Jesus, they ran to Him, an...

The Calling of Abraham (20)

Rev. J.B. Zippro, Grand Rapids, MI The faith of that promise It is said of Abram that “He believed in the Lor...

TO OUR YOUNG PEOPLE

A Hiding Place in the Pyrenees (2)

Pedro walked outside their hiding place. Around him he saw the tops of the Pyrenees. How beautiful those mountains were!Sunbeams played through the trees, and the little shadows of the leave...

1 augustus 1995
The Banner of Truth
975 woorden
A. Vogelaar
Lees verder

It is a privilege when we may hear the gospel and are called to repent and believe in Christ. However, many perish in their unbelief, but this is not because of any insufficiency in the sacrifice o...