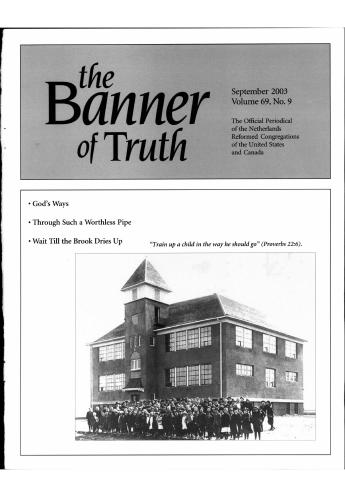 Josiah was a young boy, only eight years old, when he began to reign. We have read before of many young children who began to love and fear the Lord when they were very young. Josiah was like these good children. The Bible tells us “he did that which was right in the sight of the Lord.”

But how could Josiah know what was right? The Bible tells us that it was because Josiah was taught of God. “While he was yet young, he began to seek after the God of David his father.” God, who had cared for, had loved, and had blessed David all his life, heard the prayer of young Josiah. God gave Josiah His Holy Spirit to teach him to do right and to rule his kingdom well. Josiah was ignorant, weak, and sinful, like other children; it was the Spirit of God, not his own wisdom, strength, and goodness that made him do right in the sight of the Lord. How happy Josiah was to have a heavenly Father to keep and guide him after his earthly father had died! He was a happy child because he was a child of the Lord.

Is it possible for children today to be as God-fearing and happy as Josiah was? Yes, they can be, if they are taught of God just as Josiah was taught. God is as willing to bless children today as He was when Josiah lived. God will hear the prayers of every child who humbly seeks Him. God still says in His Word, “I love them that love Me, and those that seek Me early shall find Me” (Proverbs 8:17).

When Josiah grew older, he gave orders that the holy temple should be repaired. Money was collected from the people who came to God's house. This money was given to carpenters, masons, and builders, who bought wood and stone and began to repair the temple. The money given to these men was not counted. The king and the priests knew that the workmen were faithful and honest, and that they would not steal nor waste the money.

When Hilkiah, the priest, went into the house of the Lord to bring out the money, he found there the book of the law of God. He brought it out and sent it to the king. Josiah honored this book very much because it was the book of God and His holy law was written in it. Josiah told one of his servants to read the book to him. But when Josiah had heard the book read, he began to weep. He tore his clothes and was very troubled.

Why was Josiah so sad? What did God's law say to make him so unhappy? It told him of God's holiness and hatred of sin, and it told of God's anger against those who disobey His laws. Josiah felt that he and his people had disobeyed God many times. He was afraid that soon God might punish them because they had done so much to make Him angry. This thought made Josiah tremble and tear his clothes.

When we read the Bible, do we tremble? There is much in it that should make us tremble. We read that “all have sinned,” and “the soul that sinneth, it shall die” (Ezekiel 18:20). This is very fearful indeed. Must we all perish forever? We deserve to perish; the Bible tells us so; but this is not all the Bible says. It tells us also of God's mercy; it tells us how sinners may be saved: “Christ Jesus came into the world to save sinners” (1 Timothy 1:15). He “was once offered to bear the sins of many” (Hebrews 9:28). His blood “cleanseth us from all sin” (1 John 1:7). The Bible says through Paul, “Believe on the Lord Jesus Christ, and thou shalt be saved” (Acts 16:31).

There was a good woman, a prophetess named Huldah, living at Jerusalem. God made known His will to her by His Spirit. When Josiah was so troubled after reading God's law, he sent messengers to Huldah to ask her advice. God had seen all Josiah's trouble; He knew all his thoughts, and He had sent a message of comfort for him to the prophetess Huldah. She told the messengers that God was indeed angry with the people of Judah. She said that God would surely punish them as His law threatened, but that He was not angry with Josiah. God said to Josiah, “Because thine heart was tender, and thou hast humbled thyself before God, and didst rend thy clothes, and weep before Me, I have heard thee, saith the Lord. Thou shalt be gathered to thy grave in peace, neither shall thine eyes see all the evil that I will bring upon this place.” This comforted Josiah.

What a blessing it is for the Lord's people to have God for their friend! Then they need never fear, for He will always be with them, to keep, bless, and comfort them. If it is pleasing to Him, He can preserve them from all evil; or else, He can take them away from it, as He took Josiah away in peace before the evil came. “The righteous is taken away from the evil to come. He shall enter into peace” (Isaiah 57:1-2).

Josiah read the law of God to the people. He made a holy covenant with God, to love and serve Him with all his heart. Then he made his people promise that they, too, would serve the Lord. The people were willing and obedient, and they put away their idols, and said, “We will serve the Lord.” Then Josiah threw down the idol altars, broke the images in pieces, and destroyed the altar that Jeroboam had set up in Bethel.

Long ago we had the story of the prophet who came to Bethel, in Jeroboam's time, and prophesied that the idol altars would be thrown down and men's bones burnt upon them. Now this prophecy was fulfilled; Josiah destroyed the altars as God had said. Josiah saw the tombs of many of the wicked priests. He opened these tombs, took out the bones, and burned them on the altar. Then he killed the living idolatrous priests and burnt their bones, too.

There was one tomb, however, in Bethel that Josiah did not open. There was a title upon that tomb, and Josiah asked what the title was. The people said, “That is the grave of the prophet who came from Judah many years ago and prophesied about those things which thou hast done to the altar of Bethel.” Then Josiah said, “Let no man move his bones.” So his bones were left quietly in their resting place, with the bones of the old prophet who was buried beside him.

After the idols were destroyed, Josiah kept the feast of the Passover with all his people in Jerusalem. This good king tried to teach his subjects the right way. God blessed him in what he did, and his country was peaceful and happy many years.

After all this, the king of Egypt fought against Assyria, and Josiah went out to resist him. Josiah was killed in the battle. His body was brought to Jerusalem, and all the people wept over it because they loved and honored their king. He was safe now from all the evils that were coming on his country. His body rested quietly in the grave, and his soul was in that happy place where no evil can come and where so many of his fathers had gone before.

Jeremiah 26 After the death of Josiah, the people made his son, Jehoahaz, king of Judah. He was not like his father, for he was a wicked man and did evil in the sigh...

The saving knowledge of God. Q. What is the third book A. The Scripture, the Word of the living God, the Bible, all the books of the Old and New Testaments....

Some generations are more wicked than others, for not all run to the same excess in evil. Yet how true it is that man left to himself can only go in the way of sin. Man, as fallen in Adam, has a pr...

God Sends Judges to Help the Children of Israel

Judges 2-3 Now we are going to read about a sad time in the history of the children of Israel.The people of Israel who had seen the wonderful works of God had...