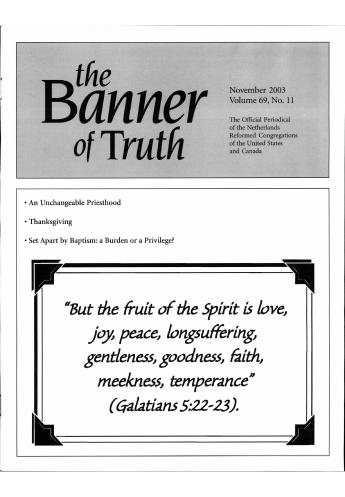 Father Jacob spoke to Joseph about the concerns that he had about his sons. He said to Joseph, “Do not thy brethren feed the flock in Shechem?” It is not surprising that he was concerned about them; about eleven years before they were also near Shechem when two of the brothers killed all the men in the village. “And it came to pass on the third day, when they were sore, that two of the sons of Jacob, Simeon and Levi, Dinah's brethren, took each man his sword, and came upon the city boldly, and slew all the males” (Genesis 34:25). Father Jacob remembered that, and he was concerned about the welfare of his family and his flocks. He knew that they had gone in the direction of Shechem, and it worried him. It is true that he loved Joseph more than the other children, but he still had love for them.

“Go, I pray thee, see whether it be well with thy brethren, and well with the flocks.” He must have known that the relationship between Joseph and his brothers was not very good. He also knew that the way was very long, through a lot of wilderness, and was dangerous. In spite of this, Jacob was willing to send his beloved son Joseph because of a deep desire and concern he had for his other sons.

Do you notice that Joseph did not say to his father that he did not want to go? He could have said that it was too long and dangerous of a trip and that his brothers hated him. He also could have said (as it is said in our days), “I have my own mind and can make my own decisions whether I want to go or not.” No, he did not say that, but he was obedient to his father because he loved him and wanted to obey him and do his bidding. He accepted what his father said and went upon that long journey, traveling forty miles from Hebron to Shechem. He went upon that journey with a love in his heart for his brethren. You can see how he loved his brethren when he was wandering about Shechem trying to find them. When he could not find them or their flocks, it would have been very easy for him to go back to his father and say, “I could not find them. I went all the way to Shechem, but they were not there.” He would have done his father's bidding and would not have seen his brothers who hated him; but he did not want to do that because he loved his brethren.

“I seek my brethren.” We may draw a comparison here and think of that greater Joseph. When we see Joseph wandering through the field by Shechem, then we think of that greater Joseph, the Lord Jesus Christ. He came from His Father's house, seeking His brethren with the Word and gospel. He did His Father's bidding in seeking, not for all the world, but for His own brethren. He is the Way, the Truth, and the Life. Who needs that way that has been opened by Christ? The world does not because they say, “Let us eat and drink; for tomorrow we die.” Most of the religious world doesn't need that way either. Those need that way who are sought for by Him, awakened by Him to a knowledge of their sin and iniquity. Joseph did not seek for the world, but for his brethren. Joseph did not know that the pit was waiting for him, but the Lord Jesus Christ knew just how deadly it would be for Him, yet it did not hold Him back. He did it all for His brethren, that they might be sought and brought back unto His Father. He brought the message, saying, “It is finished.”

Joseph went to Dothan to seek for his brethren when he heard they were there. We can imagine his inner joy when he spotted them from a distance. He must have called to them from a distance, saying, “Reuben, Levi, it is I. Father has sent me to you.” Oh, my friends, the love of the father and of his son is evident here.

How was the love on the other side? How was it received when they saw him afar off? It says in verse 18, “And when they saw him afar off, even before he came near unto them, they conspired against him to slay him.” When they saw their seventeen- year-old brother wearing his beautiful coat, they conspired together to kill him. “Behold, this dreamer cometh.” Do you see and feel the hatred and enmity? It was not because of that coat of many colors, nor because his father favored him over them. No, they hated him most of all because of his life; his walk was different from their walk because of the grace of God in his heart. Oh, my friends, does the world hate you? If those who love the world do not hate you, is it well with your soul?

They took council with each other, saying, “Come now therefore, and let us slay him, and cast him into some pit, and we will say, Some evil beast hath devoured him.” It is terrible when there is such anger in a family. These men who were willing to kill their own brother were all children of a God-fearing father. Who came up with such a proposal? I think that maybe Simeon was the one who suggested it. Why do I think so? The reason is that many years later Zaphnath-paaneah said unto the brothers, “Let that brother stay, and you go home to your father and come back with your brother Benjamin.” Simeon was to stay in bondage as a surety. Simeon must have been the leader and the spokesman, and Joseph knew that.

Reuben told the brothers that they should not kill him but throw him into a pit. Reuben had a plan to sneak him out of the pit and deliver him unto his father. As Joseph lay in the pit, it must have stormed in his heart when he heard them speaking about selling him to the Ishmeelites who were on their way to Egypt. He must have thought about the promises of God in those dreams some years ago. Would they all come to pass? Was it only of himself, and not of God? It was a cross that he had to bear. It was a cross given unto him by the Lord in wisdom, because years later his father and brethren bowed in the dust before him. God's promise will always come to pass in His time. May you beg the Lord to give you patience to wait for the fulfillment of it.

Joseph did not understand the reason for the cross at that time, but he understood later. So it is with God's people. Sometimes they do not understand their cross. It is a blessing when they may learn that it is a cross that He has placed there because it was necessary to bring them unto Himself. He is not afraid to place the cross upon their shoulders, because He gives the strength to carry it.

It says in the beginning of our portion of Scripture, “Then Joseph.” Focus for a moment on that important little word then. It is a pivotal word that points to a certain tim...

Uitgave: The Life of Joseph (2)