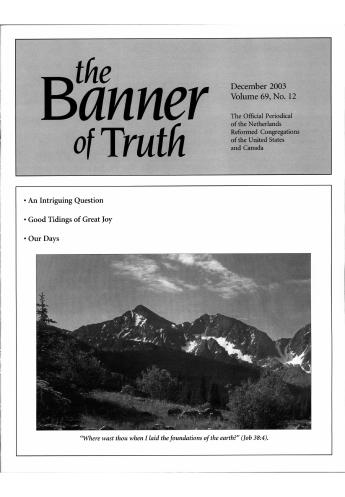 “And Jacob rent his clothes, and put sackcloth upon his loins, and mourned for his son many days. And all his sons and all his daughters rose up to comfort him; but he refused to be comforted; and he said, For I will go down into the grave unto my son mourning. Thus his father wept for him” (Genesis 37:34-35).

“Come, and let us sell him to the Ishmeelites, and let not our hand be upon him; for he is our brother and our flesh.” We can picture Joseph with his hands bound together, walking behind one of the camels. Sitting on the camel was one of the merchantmen who had paid the twenty pieces of silver for him. Time and again Joseph must have looked at his brothers because he could not believe that they were doing this to him. As he was being led further away, he must have begged them, saying, “Brothers, don't do this to me. Let me go home to Father.” At seventeen years old he felt that he was separated from his family. He was on his way to Egypt to be put upon the slave market and sold as a slave.

How could his brothers have done this to him? They all had the same father, the same instructor, and they all were under the same prayers of their father. But for the price of twenty pieces of silver they sold him, and he was on his way to the slave market. Why was this done? It was in God's council. That is no excuse for the brothers; no, they were responsible for their actions, and they had to live with that for years and years afterward.

It was in God's council because the storehouse had to be filled, and Joseph, as a type of Christ, had to fill the storehouse in due time. His brothers would come to him because if they did not come, they would die. Joseph would at that time open the storehouse for them and give them what they needed for their life. Think of the parallel with the Lord Jesus Christ. He was sold for thirty pieces of silver. In the council of God He must go to Golgotha because the storehouse of God must be filled with the mercy and the love of God in Christ. For whom? For the world? No, my friends, the world does not need or want it. But there is a people who come to know hunger, thirst, and emptiness and are driven to that storehouse to receive the Bread of life.

Well, these brothers thought that they had done a good business transaction. They were rid of the dreamer, and they had twenty pieces of silver to divide among them. We then read in Scripture that “Reuben returned unto the pit; and, behold, Joseph was not in the pit; and he rent his clothes.” Reuben had wanted to come back, reach down into the pit, and pull Joseph out. He wanted to say unto him, “Go to your father as fast as you can because they want to kill you.” He wanted to do that secretly so his brothers would not know it. Reuben lived two lives. He did not want to offend his father and he did not want to offend Joseph, but he wanted to remain in the good graces of his brothers. If Joseph had run home secretly, then Reuben would have attained his goal. But his entire plan came to nothing.

So when he came back and saw that Joseph was not in the pit, he cried out, “The child is not; and I, whither shall I go?” My friends, what shall we think of Reuben? Was he different from his brothers? Did he have a more tender heart than his brothers? No, he was no different at all. Reuben was a type of the person who is not willing to stand up for what is right. He should have said, “Keep your hands off him because he is loved by our father.” But Reuben had no voice or authority anymore because his life was so sinful. He went along with his brothers to the same parties and was involved in the same riotous living. Young people, when you live with the world, then you will not have a voice to warn your brother or loved one either. Sometimes you meet someone who says, “I know what is right. I know it very, very well, but I do not have the strength or courage to do what is right. It is easier just to veer off and go along with the flow.” That is the kind of man Reuben was. He knew what was right, but he did not have the strength or courage to stand up to his brothers. He was a man who compromised easily. You have to be very careful with compromising because there is no end to it.

“The child is not; and I, whither shall I go?” Reuben was not bothered by his brother's going into slavery for the rest of his life. He was not telling his brothers that he would overtake the merchantmen and buy Joseph back. He was not thinking about the grief that their father would have in his heart. No, but, “What will happen to me?” He was concerned only about that “I.”

What went on in Jacob's heart when he saw that coat, we cannot explain. He came to his own conclusion, saying, “A wild beast hath devoured him.” We would say unto him, “Jacob, Jacob, it cannot be that a wild beast has killed him; it is not possible because the Lord spoke to him in dreams. The Lord has said that a day will come when he will be exalted so that others may bow before him.” But, my friends, a child of God cannot wrap his arms by faith around a promise if the Lord does not give the arms to wrap around. Father Jacob was going to live for twenty years in that darkness until his boys came back from Egypt, saying, “Joseph is yet alive.” It says in Scripture that Jacob refused to be comforted. He had much grief and sorrow of heart. Along with that he must have had the questions: How did he come to his end? Did he cry and call for me, and I could not hear him? How was his end? Was it a wild animal? All this went on in his heart, but there were no answers to his questions; all was hidden from him. Then there were the dark and long nights when he thought he heard Joseph's footsteps walking by the tent, but he was mistaken. It says in Scripture, “Thus his father wept for him.” There also were the other nights when the Lord led him back to those dreams that Joseph had had. Jacob had believed the dreams, and they were lying in his heart.

Can you imagine the questions in Jacob's heart? So it can be in our lives. Was it ever true in my life? Why am I thus if it was true? And then, no answer. For Jacob there was no answer either. There will be people who say, “Oh, Jacob, you have to believe, you have to trust.” Those are the rich Christians of today. They can say that very easily. You know, God's people run stuck at times. They cannot believe by themselves; they need the Lord to help them. They need God to open their eyes so that they may see. They need the Lord to give them faith so that they may put their arms around the promises and believe.

Thus Father Jacob wept in the darkness of unbelief. Thus the years went by, and we never read in the Bible that Jacob said, “Although I have seen the bloody coat, there will come a time that God's Word will be fulfilled, and I will see Joseph.” No, he lived for twenty years in utter darkness. But, my friends, the Lord always makes a way for His church, even when they cannot see it, because while Jacob was mourning and grieving, Joseph was busy filling the storehouse. God always makes a way for His people. God's counsel not only runs along pleasant ways but also along deep ways, ways that cannot be understood. But there will come a time that we will say that every dark night and dark day was needed to see the fullness of His glory and of His grace for a “wretch like me.”

God is good for His people. There are many doubts and fears, but He is filling the storehouse for them so that they may eat and drink forever and forever of His love and His mercy. I hope and pray that you may be among them.

Joseph’s ten older brothers were shepherds. That means that they took care of sheep on the hills and fields of the country. One day they were gone from home a long time. Jacob became worried.

For two years the famine had raged in the land of Canaan. Jacob's family were able to get by for the first year, but during the second year it became so difficult that Jacob told his sons, “Get you...

Joseph’s brothers talked loudly together and moved away from the pit wherein they had thrown Joseph because they did not want to hear his cries. Many thoughts went through their minds, and they tho...

Uitgave: The Life of Joseph (3)