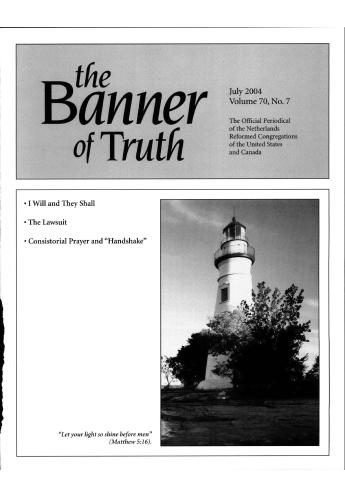 “Now when Jacob saw that there was corn in Egypt, Jacob said unto his sons, Why do ye look one upon another?…And Joseph saw his brethren, and he knew them, but made himself strange unto them, and spake roughly unto them; and he said unto them, Whence come ye? And they said, From the land of Canaan to buy food. And Joseph knew his brethren, but they knew not him” (Genesis 42:1, 7, 8).

For two years the famine had raged in the land of Canaan. Jacob's family were able to get by for the first year, but during the second year it became so difficult that Jacob told his sons, “Get you down thither, and buy for us from thence; that we may live, and not die.” Jacob saw that there was corn in Egypt. He and his sons saw the caravans traveling empty towards Egypt and returning some time later with corn. They must have asked them where they bought the food. The travelers would have answered them, saying, “Only in Egypt is food stockpiled.” During the years of plenty, only Egypt gathered and stored the corn. The other countries also had food, but it was never gathered and stored for the future. That has something to say unto us, my friends. It is good that during the years of plenty we put something aside for the future.

For two years the hunger was so great that it threatened their lives. When the hunger and famine were not so intense, the sons of Jacob did not have a need to go to Egypt. They maintained themselves and stayed at home. It is the same in the life of the church. When we have a little something of ourselves, then we can easily live outside of knowing Him. Then we do not need Him to open the storehouse for us. But when the Lord closes off all avenues of help from our side, then there comes a need for that greater Joseph.

Have you noticed that the brothers were in no hurry to go to Egypt? They heard from the travelers that there was corn in Egypt, yet they just looked at one another. Father Jacob noticed it. He saw how hesitant they were and said, “Why do ye look one upon another?” Why did they wait so long? They could have been there and back with food already. My friends, they were waiting because of one word: Egypt. That was the word that caused them distress. It caused them distress because it reminded them of their sin years ago. Twenty-one years prior they had closed their consciences and watched their father in all of his grief. They saw his sorrow for twenty-one years, but their consciences were rock hard. The word Egypt opened their consciences and reminded them of their deed.

But these brothers not only needed their consciences opened, but they also needed to be humbled before the Lord. That is something different. It is one thing to be terrified, but it is a different thing to bow under the hand of the Lord. It is the same in our days also. We do not want to be confronted by our sins. We can speak about the need to acknowledge our sin, but to be confronted by our sins and to become a sinner before the Lord is another matter. The Lord in His wise counsel was going to bring these brothers where they would be confronted with their sin and bow under it. We never sin easily, because God knows about our sins, and there could come a time that you will have to despair because of what you have done.

These ten brothers saddled their asses and prepared for a long, long journey. What about Benjamin, was he going along also? No, Jacob could not send him along, for he said, “Lest peradventure mischief befall him.” For twenty-one years Jacob had never fully believed what happened to Joseph. He believed that he was dead, but how did he die? For twenty-one years Jacob could never bring his child Joseph to God's footstool and leave him there. Deep down in his heart he had this cry, “All these things are against me.”

It was their first journey to Egypt for food. They had to go because their bags were empty and hunger was driving them there. They probably did not speak very much; they all had their own thoughts.

Among all the travelers on the road there were ten brothers who would eventually end up in an Egyptian prison. Why did they end up in prison? They needed to become restless and guilty sinners before the Lord.

When they arrived in Egypt, they came in contact with Joseph. How did that happen, my friends? Certainly Joseph would not have been in personal contact with all the thousands and thousands of people that came there to buy food. There is really only one answer, and it can be found in Psalm 33, “The counsel of the LORD standeth for ever.” When they came before him, Joseph recognized them. “And Joseph's brethren came, and bowed down themselves before him with their faces to the earth.” Scripture tells us that when his brothers bowed down, “Joseph remembered the dreams.” That is the first time in all these years that you read that Joseph remembered the dreams. It was not that he perhaps had not thought about them before, but he began to see that it was not by chance that he had come to Egypt.

Why did Joseph not reveal himself to his brothers right away? Why did he not say, “ I am your brother; how are my father and Benjamin?” You can imagine how it was in his heart when he saw his brothers standing before him. The love that he had in his heart and the desire to reveal himself to them caused him at different times to leave the room, otherwise he would have crumbled before them. It is the same in spiritual life, people of the Lord: it was not time yet. The Lord reveals Himself at His time.

He spoke harshly unto his brothers. Some say that he wanted to take revenge for his brothers' past actions, so he spoke roughly unto them. No, it was not for revenge, because we read several times that he had to leave the room to control his emotions. He spoke roughly unto them so that they would come to the point, saying, “Verily we are guilty.” Why did Joseph call them spies instead of murderers? Well, because the word spies touched the root of their existence. A spy is a hypocrite, one who speaks the right words in the right place, but who does not speak the truth. “No, no,” they said. “We are true and solid men. We have come to buy food…we are twelve men, and the youngest is with our father, and one is not.”

How did the Lord show these brothers that they were guilty? By bringing them into prison. The governor told them that he would put them into prison so that one of them could go back home and bring their brother along, to see if they were true men. They were put together into prison for three days. Did Joseph go to visit them there? No, you do not read that in the Bible. I think that Joseph was busy, not selling corn, but begging the Lord that He would bless this to their hearts and lives so that they might be humbled before Him. Joseph had heard them speaking before him, saying, “We are true men, thy servants are no spies.” Joseph saw that there was something missing in their lives.

After three days Joseph said unto them, “if ye be true men, let one of your brethren be bound in the house of your prison…but bring your youngest brother unto me; so shall your words be verified, and ye shall not die.” Oh, my friends, what did the brothers say as they stood before Zaphnathpaaneah? “We are verily guilty concerning our brother.” They reached back twenty-one years, saying, “That is our guilt.” They said it in the Hebrew language so that Zaphnathpaaneah would not understand it, but what a holy joy must have come into the heart of Joseph when he heard those words. It was like music unto his soul. He was able to bring them into distress, but he could not bring them into their guilt. Only the Lord could do that.

“I am guilty.” That is now the first step upon the way to a revelation of the wonder of God's salvation in Jesus Christ. It is the first step upon the way to the opening of the storehouse, the storehouse that is filled with love and mercy for His people. Soon Zaphnathpaaneah would say, “I am Joseph your brother.” So it is spiritually. In due time He will reveal Himself as the One who has obtained their eternal life. Upon that way to Christ they learn that it is all through Him alone.

We read in Luke 15, “There arose a mighty famine in that land.” That was not something that came by chance, but it was directed by the Lord to bring the prodigal son upon his knees, saying, “Father...

Do you remember the story about Joseph We told you that his brothers hated him so much that they sold him to some travelers. These men took him to Egypt where he was sold to an importa...

“Come, and let us sell him to the Ishmeelites, and let not our hand be upon him; for he is our brother and our flesh.” We can picture Joseph with his hands bound together, walking behind one of the...