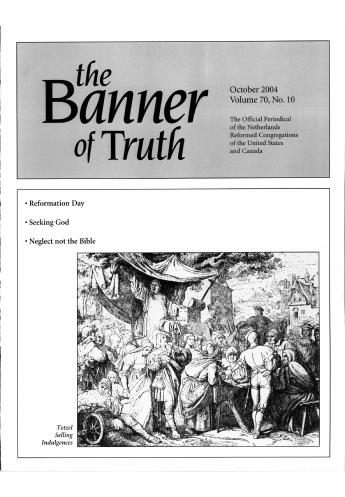 "And when Joseph came home, they brought him the present which was in their hand into the house, and bowed themselves to him to the earth. And he asked them of their welfare, and said, Is your father well, the old man of whom ye spake? Is he yet alive? And they answered, Thy servant our father is in good health, he is yet alive. And they bowed down their heads, and made obeisance" (Genesis 43:26-28).

Joseph's ten brothers left their father's tent and started on their second journey to Egypt. They had to buy corn because of the famine in the land. They saddled their asses, roped together the camels, and said goodbye to their father. It was different in the life of their father at this point in his life. The old father lifted up his hands and said unto them, "And God Almighty give you mercy before the man, that he may send away your other brother, and Benjamin."

It was different in the lives of these brothers, also. They felt something of the goodness of having confessed before God and before man; it became different in their lives after their confession. Yet a lot still had to take place. As they traveled to Egypt, they went with much fear in their hearts. Why? Because confession is not the forgiveness of sin. They still had to go to Egypt and stand before the ruler of the land. How would the man receive them? They did not know. What would he say about the money? Would he think that they were thieves? Sometimes God's people think, "Did I steal it? Does the Lord think that I stole it?" When the brothers thought about Simeon, they wondered if they would ever see him again. Why did the ruler want to see Benjamin? They had many questions and concerns.

The nearer they came to Joseph, the deeper the concern became. That is always the way in the life of His people. Think about John Bunyan. The closer he came to the cross, the heavier the burden became. The closer they come to Him, the deeper they feel the concern, but they cannot go back. Why not? To go back is certain death. The life that is in them drives them onward so they may obtain spiritual food and drink. Those people need to come to the greater Joseph to receive food from Him. Think of Esther when she said, " if I perish, I perish, but I must go to the king."

Joseph was looking for the coming of his brothers; he knew that his brothers must come or else they would die. It was one way or the other: they either must come to Joseph or they would have to die without Joseph. When we think of the greater Joseph, then it is the same.

As Joseph watched over all that was taking place, he saw them coming down the road. Why did he see them coming, among all those many, many people that were also traveling on the roads? Because he was waiting and watching for them, because he knew that they had to come to him in order to live. He begged the Lord every day for their coming. As he saw them coming, his eyes must have gone over all of them and counted them one by one. There is Reuben, Levi, and so on down the line. Then he must have said to himself, "And there is Benjamin." When he saw Benjamin, then he knew that something must have happened between his father and his brothers.

Joseph spoke unto the steward of his house, saying, "Bring these men home, and slay, and make ready; for these men shall dine with me at noon." That made them afraid. "Is it because of the money?" they thought. "And they said, Because of the money that was returned in our sacks…." They had so many questions in their hearts, and they were afraid. Do you feel that way during the week of the Lord's Supper? So many questions, and yet it was Joseph who spoke, saying, "For these men shall dine with me at noon." Why did Joseph say that? Because they were his brothers, and he wanted to have them at his table so that he might have communion with them.

The brothers began to tell the steward of his house about the money in their sacks. "O sir, we came indeed down at the first time to buy food: And it came to pass, when we came to the inn, that we opened our sacks, and, behold, every man's money was in the mouth of his sack."

"Peace be to you, fear not." The steward wanted to comfort the brothers by telling them not to worry about it because "The God of your father hath given you treasure in your sacks." The steward knew a few things, but he did not know everything. He did not know the relationship between Joseph and the brothers. He did know that they did not steal the money and that he had orders from Joseph to make ready the noon meal.

When Joseph came into the house, he received not only the present from his brothers but also something else. He received another wonderful present in that the second dream was fulfilled. "And they bowed down their heads, and made obeisance." God always fulfills His promises. Maybe you are waiting, my friends, for the fulfillment of a promise. I will tell you that He always fulfills His promise.

What a precious gathering it must have been with Joseph and his brothers. What a nice time they had speaking to one another. Notice that there can be so much peace and enjoyment, but yet something was missing. Although they were being merry with him, yet they did not know him because he had not revealed himself unto them as yet. They still did not know that he was their brother. That would come later. That would happen when they became lost sinners. At this point in time Joseph was speaking unto them and asking them questions. "Is your father well, the old man of whom ye spake? Is he yet alive?" Oh, my friends, when they replied that their father was well, they bowed down again and made obeisance.

We can imagine that his eyes looked over his eleven brothers and came to rest on Benjamin. He saw his blood brother Benjamin and was comforted because he realized that something had changed in his father's tent. It was different in the life of his father and in the lives of his brothers. They were no longer hard and indifferent men, but they were like broken vessels. He saw that in his brothers, and he said, "Is this your younger brother, of whom ye spake unto me?" Notice that he did not say, "My brother." After they said, "Yes," Joseph said, "God be gracious unto thee, my son." When he saw his brother Benjamin, his desires and love became so strong in his heart that he could not contain himself. He had to go away to his chamber and weep because of his great love towards them. He is a type of the Lord Jesus Christ.

Why did Joseph have to leave, wash his face, and put on the mask of a ruler again? Because, as we have mentioned before, it was not God's time yet. It is the same in spiritual life, my friends. Do you know that in your life? There is a time in the life of God's children that He will favor them and do them good, but He has not yet revealed Himself unto them. We see that in the life of Joseph and his brothers. Think of the three tables that were set for the noon meal. The separation still had to be maintained. There was one table for Joseph, one for the Egyptians, and one for the brothers. "And they drank, and were merry with him." Think of that, my friends. They were able to speak to Joseph and to be merry with him, but they did not know him yet. So it is in the life of the Church of God. They can receive the benefits from the Lord Jesus Christ and still not know the Benefactor. That will come later, when they come to know themselves as lost sinners. Then they will hear, 'T am Joseph your brother."

When the brothers were ready to go home to their father Jacob, Joseph made sure that their sacks were full of corn, and he also commanded that their money be placed into their sacks. Jos...

It says in the beginning of our portion of Scripture, “Then Joseph.” Focus for a moment on that important little word then. It is a pivotal word that points to a certain tim...

We read in Luke 15, “There arose a mighty famine in that land.” That was not something that came by chance, but it was directed by the Lord to bring the prodigal son upon his knees, saying, “Father...