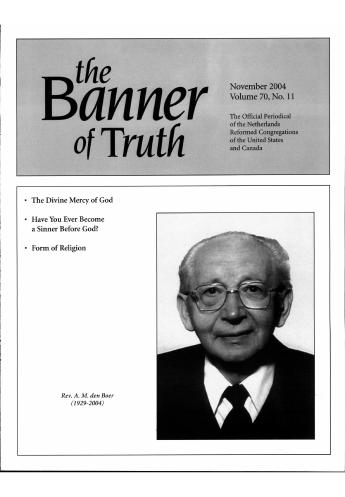 “And Judah and his brethren came to Joseph's house; for he was yet there: and they fell before him on the ground. And Joseph said unto them, What deed is this that ye have done? wot ye not that such a man as I can certainly divine? And Judah said, What shall we say unto my lord? what shall we speak? or how shall we clear ourselves? God hath found out the iniquity of thy servants: behold, we are my lord's servants, both we, and he also with whom the cup is found” (Genesis 44:14-16).

When the morning came, the brothers made preparations to go back to their homes in the land of Canaan. These brothers were encouraged and merry as they traveled toward their home. As they left the outskirts of the city, their conversation was cheerful. Simeon and Benjamin were going home with them, and everything seemed pleasant. You can imagine how they felt; the previous night they had been in the presence of the mighty ruler of the land, who filled their table with the bounties of the earth. It says at the end of chapter 43, “And they drank, and were merry with him.” They had had a wonderful evening in the presence of the ruler. This ruler had filled their sacks to the top. Soon they would be at their father's house, and they would be able to tell him how pleasant this journey had been for them. He would be very happy to see his eleven sons again.

When Joseph's brothers left for home, they did not realize that Joseph had instructed his steward to put the silver cup in the mouth of Benjamin's sack. Maybe you are thinking, Was that not hard of Joseph to treat his brothers in this way? Why did Joseph put the cup in the sack and then go after them and call them thieves? Even some commentators say that he was wrong and had no good reason for doing it. My dear friends, those commentators are wrong; Joseph did it because he loved his brothers. Can you see the reason? His brothers were on their way home, but they had not been in the judgment hall, nor had they bowed before the judge. They had not yet said, “God hath found out the iniquity of thy servants.”

Joseph waited for them back at his palace. It is a privilege in the life of God's children when He does not let them go their own way but makes them turn around, go back to the Judge, and embrace their guilt. Joseph will bring them back, and they will run stuck. So, you see, it was not hard or mean what Joseph did; no, it was done in love.

As they were traveling in this pleasant way, they noticed in the distance a small cloud of dust that came closer and closer to them. It seemed as if someone were trying to overtake them. When the two groups met, it was the steward who had overtaken them, the same steward who had been so nice to them the day before. He was the same man who had spoken to them, saying, “Peace be to you, fear not.” But now his face was very solemn, and he said to them, “Wherefore have ye rewarded evil for good? Is not this it in which my lord drinketh, and whereby indeed he divineth?” Notice that he says “divineth.” It was an old Egyptian custom that, when the cup of wine was sitting on the table, the steward would put a drop of oil in the cup of wine. They would see what the oil would do in the cup, and they would read future events by it. Maybe they would think that it would predict a certain military campaign against a foreign country. Is that what Joseph really did and believed in? No, because Joseph had a better place to go. He was able to bow his knees in prayer before his God. We know that Joseph had a better place to go, but he wanted to hide behind his Egyptian appearance for the time being.

“God forbid that thy servants should do according to this thing.” We are honest men who even brought back the money that was given to us on our last journey! They were so sure of themselves that they told the steward that the person who had the cup should die and the rest would be bondsmen. Then you can imagine how they felt when they heard the shout of triumph and the steward saying, “I have found the cup.” Not a word was spoken by these eleven brothers as they turned around and went back to the city. What consternation they must have felt in their hearts as they slowly traveled back. Guilty, guilty! if this had been twenty-two years earlier, it most likely would have gone differently. They would have spoken unto Benjamin, saying, “You are a pious hypocrite. You who always stand near Father, look what you have done. You got us all into trouble. You will take the punishment by yourself; we are going home.” They would have left him there and told their father, “There is no use grieving about him; he has a very bad streak which you never noticed.” They would not even have had to lie as they did years ago. But notice what the grace of the Lord had done in their lives. It says in the Bible that they rent their clothes, and every man returned to the city and “fell before him on the ground.”

“And Joseph said unto them, What deed is this that ye have done?” Joseph knew, of course, what had taken place, because he had put the cup in the sack, but he did it to bring the brothers back unto him, to give them an opportunity to confess before him. That is always God's way with a sinner. He leads them unto the place where the confession may come forth. The eleven brothers were at the judgment hall and at the feet of the judge. God used the cup to bring these brothers to an end. Notice that this judge once had spoken kindly unto them, but now they could hardly recognize him. We read in verse 16 that Judah spoke on behalf of the brethren. In that confession we see the marks of a lost sinner. Three times Judah did not know what to say. “What shall we say.. .what shall we speak.. .how shall we clear ourselves?” He had nothing to say to justify himself anymore. “We are my lord's servants, both we, and he also with whom the cup is found.” As a lost sinner he bowed and accepted the punishment. Why did he bow and accept his punishment? Because by grace he had seen who he really was. The brothers stood before the judge, and their eyes were closed to see that he was their brother. They had nothing to say to clear themselves. They spoke only about God's discovering their iniquities. “God has found out the iniquity of thy servants.” Today the modern Christian world skips over this part. Instead they embrace Jesus Christ without having their sins discovered unto them. That will end in a bitter disappointment because it is not the true, God-given way to salvation.

“Now therefore, I pray thee, let thy servant abide instead of the lad a bondman to my lord; and let the lad go up with his brethren.” Judah the mediator begs the judge to let him be the slave and to let Benjamin go home to his father, otherwise their father would die. Notice that Benjamin was silent when Judah was speaking. When the greater Mediator speaks, the church is silent also. When the Mediator speaks, the church has nothing to say. Can you understand Judah's love for his brother? Can you understand the love of Christ for His church, for that guilty church? Can you understand the love of Christ for His Father? That is His Father's church, His Father's people. Oh, my friends, can you see the preciousness of Christ when He intercedes for His church? The church has nothing to say because they are guilty—guilty, lost sinners. But they may hear that there is a Surety. What a wonderful place it is when the Lord shows you that you are guilty and that there is a Surety for you and your sins.

The brothers hurried home. What a beautiful time they had had! That governor wasn’t so mean after all. He had fed them such a good meal. And they had had a special talk with him. Simeon was with th...

When the brothers were ready to go home to their father Jacob, Joseph made sure that their sacks were full of corn, and he also commanded that their money be placed into their sacks. Jos...

Joseph gave his brothers bags and bags of corn to take home. They put them on their donkeys and hurried away.Now they had a real problem! The governor had said that they had to bring Benjami...

“Come, and let us sell him to the Ishmeelites, and let not our hand be upon him; for he is our brother and our flesh.” We can picture Joseph with his hands bound together, walking behind one of the...