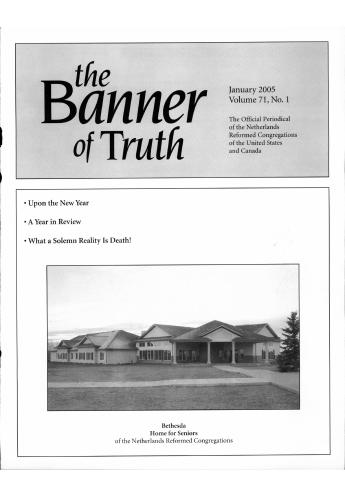 It is by grace only that people will be saved, not because of any merits in themselves; it is a free gift of God, given to them in Christ. They are chosen from eternity in Him who gave Himself willingly as a Surety to suffer and die for wretched sinners. There will be no boasting in anything of the creature. All the glory belongs to God. Christ, the good Shepherd, laid down His life for His sheep.

Of this we also read in the Second Head, Article 8.

For this was the sovereign counsel, and most gracious will and purpose of God the Father, that the quickening and saving efficacy of the most precious death of His Son should extend to all the elect, for bestowing upon them alone the gift of justifying faith, thereby to bring them infallibly to salvation: that is, it was the will of God, that Christ by the blood of the cross, whereby He confirmed the new covenant, should effectually redeem out of every people, tribe, nation, and language, all those, and those only, who were from eternity chosen to salvation, and given to Him by the Father; that He should confer upon them faith, which together with all the other saving gifts of the Holy Spirit, He purchased for them by His death; should purge them from all sin, both original and actual, whether committed before or after believing; and having faithfully preserved them even to the end, should at last bring them free from every spot and blemish to the enjoyment of glory in His own presence for ever.

This article speaks of the most precious death of God's Son. It is the death of the precious Mediator, who loved His own unto the end and gave Himself so willingly to die the cursed death on the cross for a cursed and condemnable people. This death was according to the most gracious will and purpose of the Father. It was His sovereign counsel. Our fathers begin to speak about the good pleasure of God, His sovereign will. The Remonstrants taught that God the Father had ordained the death of His Son on the cross without the certain specific purpose of saving individual persons. They made the death of Christ very general. He died for mankind, and now it would depend on man whether he would make use of the possibility of being saved. However, the Holy Scriptures teach us that God the Father does not need to wait for those who are willing to come to Christ, as the Remonstrants taught. No, He has decreed that the quickening and saving efficacy of this most precious death of His Son should extend to all the elect. Christ's death would not just open a possibility but would have saving efficacy to all those given unto Him by His Father. The sovereign good pleasure of the Father has decreed the extent of the efficacy of the blood of Christ. “He will have mercy on whom He will have mercy, and He will have compassion on whom He will have compassion.” He is the Potter who has power over the clay, of the same lump to make one vessel unto honor and another unto dishonor.

The most precious death of the Savior

In Romans 9 Paul wrote about this sovereignty of God. This is indeed a stumbling block for proud man, although the Lord will have a people that will admire and sing of this good pleasure. How they will agree with what our fathers stated concerning “the most precious death of His Son.”

It is most precious because of the love of the Father, who gave His Son unto the death on the cross.

It is most precious because of the love and condescending goodness of the Son, who humbled Himself to the death on the cross and to the grave, to save sinners and reconcile enemies with God.

It is most precious because of the grace of the Holy Spirit, who applies the righteousness of Christ to the hearts of His own and who is the Author of the true faith that receives the benefits of Christ.

Most precious is the death of Christ and the deliverance from death, hell, and grave, from punishment, from the dominion of sin, to all those who may partake in the fruits of Christ's death by God's free grace.

The certainty of this salvation

It is important to note that this article speaks of bringing them infallibly to salvation.

In the comfortless doctrine of the Remonstrants there is no certainty of salvation. It is a “perhaps,” for it depends on the good will and perseverance of man. But, no, salvation belongs unto God, and He will surely bring all those who are redeemed by Christ's blood infallibly to salvation. God's children learn that if it would depend on them, on their faithfulness, it would not just be questionable whether they would be saved or not, but it would certainly be lost. Nothing would come from it. Salvation lies firm in God's counsel and faithfulness.

When our fathers speak of this sovereign counsel and gracious will of God the Father concerning the elect, we must be careful. The hidden things are for the Lord, and we are not allowed to try to penetrate into the mysteries of God's hidden decree. The reason that this decree and purpose is mentioned is to show that salvation of sinners rests upon pillars firm and sure. God's children can be shaken by many assaults of their enemies. They can, like Peter, sink into the waves, and they would certainly perish if the Lord would not intervene, but God's counsel will stand, and He will do all His pleasure. Christ Himself has said, “And I give unto them eternal life; and they shall never perish.” He also said, “My Father, which gave them Me, is greater than all; and no man is able to pluck them out of My Father's hand.”

No, the redemption by Christ is a sure work, and He will have His reward. Christ prays in John 17:24, “Father, I will that they also, whom Thou hast given Me, be with Me where I am; that they may behold My glory, which Thou hast given Me.” The fruit of Christ's redemptive work will be that a great multitude which no man could number, of all nations, and kindreds, and people, and tongues, will stand before the throne and before the Lamb. They will cry with a loud voice, saying, “Salvation to our God which sitteth upon the throne, and unto the Lamb.”

In order to bring them to salvation, He gives them gracious gifts. What are these gifts?

• True faith. This faith is not a work of man, as the Remonstrants say. It is not that if I only believe, then God will do something, too. No, this faith is a gift of God, so that none should boast. This faith unites with Christ; it conquers the world; and by this faith God's children will persevere till the end. Through this faith they may be justified before a holy and righteous God. It is God who applies the righteousness of Christ to the sinner, and he may by faith receive this.

• He purges them from all sin. Christ's death has opened a fountain in which sinners will be washed and cleansed both from original and actual sins, the sins of omission and commission, sins committed before and after believing. Oh, how precious is then this blood for sinners who with the leper learn to cry, “If thou wilt, Thou canst make me clean.” After having received grace, God's children may sometimes fall into great sins, as we see in Lot, David, and Peter. Yet they will never fall from the state of grace in Christ, although, in daily repentance and new humiliation before God because of their sins, they must flee to the Fountain to be cleansed by Him.

• They will also be faithfully preserved, even unto the end, and be brought to glory in His presence. Christ's work is complete. As the Father's Servant, He did not only have the commission to deliver His church from the power of Satan, sin, and hell, but also to preserve them. The apostle speaks of this in 1 Peter 1:5, “Who are kept by the power of God through faith unto salvation, ready to be revealed in the last time.” This perseverance by faith rests upon the obedience and death of Christ, and it is a benefit of the covenant of grace. God has confirmed His promise by an oath, as we read in Hebrews 6:17, “Wherein God, willing more abundantly to show unto the heirs of promise the immutability of His counsel, confirmed it by an oath.”

A word for young and old

Young and old, we live in a fast-changing world. It is said that the United States after September 11 is not the same anymore, and so it is with the world. Old certainties waver and seem to fall away. Also our young people suffer in the midst of so many uncertainties and so much confusion. There are so many voices which allure, and there is so little that gives them a sense of stability. One thing is sure, young friends: whatever may change or fall away, God keeps truth forever and never forsakes the works of His hands. The teaching of the Remonstrants, free will, is comfortless, poor, and dishonoring to God. The Reformed teaching as expressed here by our fathers gives rest to a wearied soul, to a people weak in themselves, but who may be comforted by the knowledge that God is the Keeper of Israel. How worthy He is to be sought and honored by everyone. Young people, seek Him early; ask for a place at His feet. There He will teach you the mysteries of salvation which are perhaps also a stumbling block for your proud heart, but which will then become your only hope and expectation. There is yet place at His school. Bow then your knees and beg the Lord to give you a place there, and He will teach you His ways.

In the Dutch weekly De Saambinder, the periodical of our sister denomination in the Netherlands, Rev. G. H. Kerst...

Rev. C. Vogelaar, Covell Avenue, Grand Rapids, MI Jonah had cried unto the God of heaven as an unworthy, undeserving supplicant. There were n...

Prayer for Salvation and Blessing

Rev. E. Hakvoort, Norwich, ON At the beginning of a new year it is customary that we wish one another the blessing of the Lord. In the Nether...

Many times we stand around the bedside of one who has come to the end of his earthly journey. The question is often asked, “Did he or she say something in the last moments of life ” Why is this as...