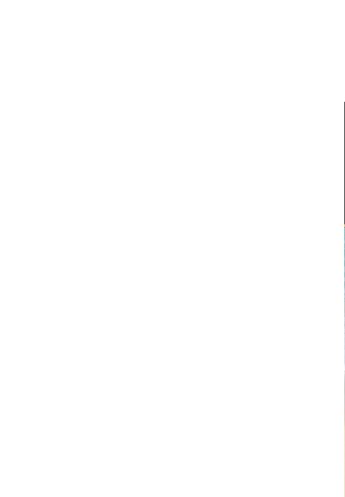 “Blessed are the peacemakers: for they shall be called the children of God” (Matthew 5:9).

It is a great blessing if we may be a peacemaker and seek to heal what has been broken because of sins. The first breach came in Paradise where we turned our back unto our Creator and chose the service of the devil instead of the service of love to the Lord. We would never have returned to the Lord if He Himself had not had thoughts of peace from eternity and found a Mediator. We read of Him, the Lord Jesus Christ, “Having made peace through the blood of His cross.” He it is who opened the way back to God by the blood of reconciliation. It is necessary for all of us to be reconciled unto God. Blessed are they who may know the place where they lost the battle to Him. They are called here God’s children. This is an honour and a great privilege.

When it says “they shall be called,” this does not mean that then they become the children of God; they are already His children. We read in 1 John 3:1, “Behold, what manner of love the Father hath bestowed upon us, that we should be called the sons of God.” They are made a child of God by being renewed after His image and likeness. They are children by a new birth. What a wonder that is when a child of the devil, a child of wrath becomes a child of God, chosen by Him from eternity, purchased with a price of precious blood and by the application of what Christ has merited. They were called out of nature’s darkness to God’s marvelous light. Thus, they were made children of God.

What does it mean to be called a child of God? This means that they will be esteemed and regarded as such. It means that the Lord publicly declares them to be His own. He owns them as His children. God is not ashamed to call them brethren (Hebrews 2:12). He is also not ashamed to be called their God (Hebrews 11:16). Being called a child of God is not just a name but signifies being publicly acknowledged as God’s dear child. It is true, they are often naughty children and grieve God by their disobedience or rebellion. Yet, He has loved them with an everlasting love. God has found a way in which prodigal sons and daughters could return to Him and be received into His favour. Is that not the desire of an awakened sinner in whose heart the Lord has shed abroad His love? They are not longing for heaven, but they long for peace, for communion with God, and to be restored into fellowship with Him.

There are many who call themselves children of God. However, it is not what we say, but does God Himself call us His children? If we show in our life that our treasure is here on earth, if we have no true sorrow because of our sins which grieve Him, and if we do not long for His presence, then we are missing the marks of a child of God.

Some of these marks are:

– Tenderness of heart. That is no longer a stony heart but a heart of flesh that grieves about sin. It melts under God’s mercy and trembles under His threatenings.

– A resemblance of the Father. The Lord restores what we have lost, His image, but in that new creature there is a longing for holiness. There is meekness because of how undeserving we are of the Lord’s many benefits. We desire to honour Him and seek His glory.

– Zeal for God. Such a new creature, a true child of God, will be zealous for His day, His truth, and His glory.

– Seeking the things which are above. The world has lost so much of its attraction. Their treasure is in heaven. They become pilgrims and sojourners on earth and seek to walk with God.

– Love to them that are His children, who are born from the same Father. They love the brotherhood.

– A delight to be much in God’s presence. For in His presence is life, and when He hides His face, they are sad.

– A complying with and a bowing under the will of their heavenly Father. “Speak, Lord, for Thy servant heareth.” They will also desire to labour to make others the children of God. They know this is God’s work alone, but they desire to be a little tool in His hand for this. What an honour it is to be such a child of God, even if they have to say of themselves that they are not what they ought to be. So little of these marks are sometimes clearly seen in their lives, but it is the desire of their heart to glorify Him.

Privileges of the children of God

These children are precious to God. Their name, their prayers, their tears, their blood are precious in His sight. They are the excellent of the earth, vessels of honour.

The angels are their servants. Christ has assumed their nature and honoured it. What privileges they have!

– They have God’s love to them, which is an unchangeable love.

– He bears with their infirmities.

– He provides for them and protects them.

– He teaches them the way they should go and reveals mysteries to them.

– He delivers them from all bondage. They are no longer slaves in the service of sin.

– They have a free access to the Father’s presence.

– He makes them heirs who will have an inheritance preserved for them.

– He gives them His blessings.

– He makes all things work together for their good, and He keeps them from perishing.

– The Spirit of God will lead them even in ways and paths that they have not previously known.

– He is their all-sufficient God and Refuge.

– All things are for them, although the Lord, as a wise Father, gives them just what they truly need.

– They will remain an afflicted and poor people in themselves, but they may trust in His name.

There are great privileges but also duties for His children. Let there be reverence to God. They should behave as children and be content with what the Lord gives. Let there be love to Him which will also be shown in a tender walk in the fear of His name. They should be obedient to Him but also trust in Him, casting all their burdens upon Him, for He careth for them. They should delight in His presence. They should be zealous for His honour. The question is, are we truly a child? Where is our treasure? What are our heart’s desires? He will fulfill the desire of those who truly, humbly fear Him.

Christ and the Children

The Lord by the means of Moses gives a solemn warning unto parents. Parents have to teach their children the ordinances of the Lord who has shown them so many signs and wonders and led them out of...

The Heidelberg Catechism (46) (Explained for Children)

Our Catechism now speaks about the address in the Lord’s Prayer. Question 120: Why hath God commanded us to address God thus: “Our Fat...

Rev. P. Van Ruitenburg, Chilliwack, BC Learning to love “The aged women likewise, that they be in behaviour...

Rev. P. Van Ruitenburg, Chilliwack, BC Listening to trouble and grief “Thou hast seen it: for Thou beholdest...

Instruction for Young and Old

Rev. C. Sonnevelt, Lethbridge, AB It is a simple word that demands our attention, but it is full of instruction for young and old. May we tak...

Uitgave: The Sermon on the Mount (14)