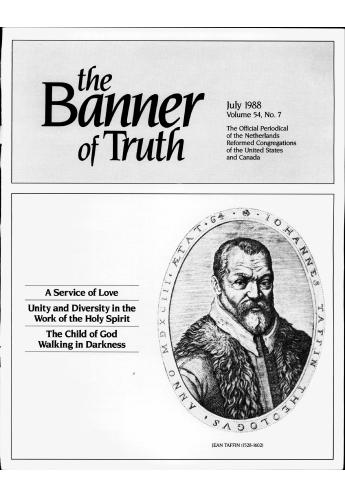 Family Worship as a Means of Intellectual Improvement (2)

The reading of the Bible, invaluable as we own it to be, is, however, but a part, and not the most essential part of family worship. It remains, therefore to consider the influence of devotion. Although the subject has not been as frequently discussed as its importance deserves, we undertake to maintain that prayer itself is an intellectual discipline. No man can pray habitually without thereby gaining control over his thoughts and cultivation of his faculties.

Nothing is more generally acknowledged by all who have treated of the conduct of the understanding than that an indispensable condition of all right thinking and learning is the power of fixing the attention. In nothing is there a greater difference between the civilized man and the savage, between the adult and the infant. There is nothing, therefore, which is more earnestly sought in every method of judicious education. This habit of mental concentration is the result of innumerable acts, and is secured by repeatedly summoning the mind to such acts. An exercise which brings the understanding to converse with great objects, in a state of interest, under strong motives to be attentive, and with frequent repetition, is directly promotive of this habit. Such an exercise is prayer.

If prayer were a sheer formality, like the recital of unintelligible Aves and Credos, the stringing of beads on a rosary, or the revolution of the Tartar’s praying-machine, it might fail of any such effect. But it is an exercise in which the understanding is immediately and most actively employed. As one of the first hindrances to prayer is felt to be the wandering of the thoughts, so the very first effort of the mind which addresses itself to devotion, is the calling in of the thoughts and fixing of the attention.

Every act of prayer directs the mind towards the greatest of all possible objects. This is plainly a posture in which the faculties cannot be dormant. The connection of thought with thought in prayer is a reasonable connection, and so furnishes exercise to the powers. The accompanying play of strong emotions, such as are evolved in acts of supplication and praise, so far from being detrimental, is highly helpful to the intellectual process; for never does the mind make truer progress than when the moral powers are in high exercise.

Let us compare two men of equal capacity and otherwise in like circumstances. One of these has passed a lifetime without prayer. The other has, at stated hours, ten thousand times solemnly addressed himself to the worship of Cod. Is it possible to believe that such a difference in habit can be without a corresponding difference in intellectual development?

Apply this to the domestic ordinance. From the moment of budding thought, all along the way of years, until the last day of life, the household has been gathered, morning and evening, for attendance on the Scriptures and prayer, to contemplate the great God, to meditate on the best of books, to mingle in the most sacred emotions. Such an aggregate of influence, even on the intellect, can never be estimated in the present world; but we surely should violate every principle of the mental constitution, were we to deny its greatness. And this is an influence, diffused not merely among theologians and scholars, but over the common mind of a country. We all know how little there is among the mass of men, that deserves the name of thought. The minds of the multitude are diverted by company, dissipated by frivolous pursuits, or worn by daily labor. For such it is greatly useful to be called to a daily exercise which composes the feelings, breaks the worldly thread, opens connections with eternity, and constrains to the thought of Cod. Such influences are ennobling. Souls cannot yield themselves so unreservedly to the flesh, nor sink so low in the scale of intelligence and morals, with these as without them. It is something gained to have, twice a day, pauses for thought. Texts and principles poured into the most careless, or we might even say, the most unwilling mind, and prayers uttered even before the undevout, will now and then recur, as suggestions, and be owned with saving effect; and what is this, but so much additional thought, reflection, and wisdom?

If, as we maintain, family worship tends directly and powerfully to the promotion of piety, we might here rest our proof of its intellectual benefits. All true piety is enlarging and elevating. It spreads its efficacy over the whole soul. It renders its subjects necessarily a meditative and serious person. Evangelical doctrine, such as runs through all sound family worship, is connected with chains of high argument, and embodies the mosy systematic truth. Nowhere is this better exemplified than among our Calvinistic forefathers. Beside the loom, or following the plough, they nevertheless pondered on those high points which looser systems deem too abstruse for man, but which are revealed in the Word, and are rendered matter of nourishment and exultation to many a man who earns his bread. We have in memory a Scottish working-man, an humble dyer in a factory, whose conversation was a feast of intellectual stores. He was abundantly able to converse and to argue on even the minutest divisions of theological science; and he was well-versed in the annals of the church. Such cases are not rare, and such men are reared among the institutions of family religion.

A clear addition to the annual means of grace, amounting to seven hundred distinct religious exercises, is an element which we cannot exclude from just calculation. A town, a province, a country, under such influences, would be “a field which the Lord hath blessed.” It would contain a population mighty in the Scriptures, and trained to masculine thought. Such a land we should pray that ours may be. It would then be “the glory of all lands.” These are among the reasons why we desire the observance of family worship to be universal.

Dr. lames W. Alexander (1804–1859), was the eldest son of the renowned Archibald Alexander

Influence of Family Worship on Children (1)

There are many readers of these pages who, like the author, can go back to no period of recollection in which the worship of God was not duly observed under the parental roof; and they will agree i...

The Influence of Family Worship in Perpetuating Sound Doctrine (1)

Those for whom these pages are chiefly intended are in nothing more fully agreed than in this: That every portion of divine truth is precious and that every deviation, however small, from the faith...

The Nature and History of Family Worship (2)

In no country has the light of the dwelling of [family worship] burned more brightly than in Scotland. Family worship, in all its fulness, was coeval with the first reformation period. Probably no...

Influence of Family Worship on the Church (1)

In a certain sense, all advantages of family worship may be said to redound to the good of the church; but this is true also of influences which are more special and immediate.Whatever may b...

The household which is subjected to the forming influence of family worship may be expected, more than others, to be a household of peace.Some notice must here be taken of a painful but comm...

Uitgave: Family Worship as a Means of Intellectual Improvement (2)