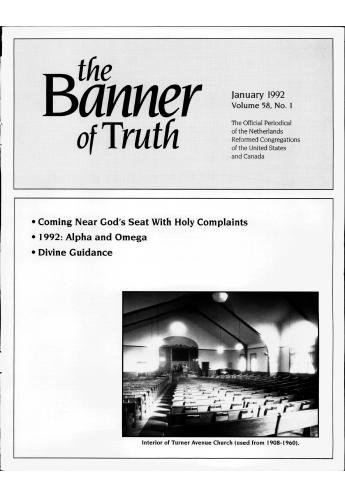 An Address to Young People: Excuses for the Neglect of Religion (3)

Another excuse which youth, in common with others, often plead for the neglect of religion, is drawn from the infirmities and failings of professed Christians. These are often triumphantly pointed at as evidence that religion does not make men the better, and as an argument for treating it with indifference, if not with contempt.

But admit the fact that many who profess religion apostatize, and many others, in various ways, dishonor a Christian profession, and all discover remains of moral corruption. Before you can use this as an argument to disprove the truth of the gospel, you must be able to show that the gospel has either expressly, or by implication, declared that all who profess their faith in it are sincere Christians; in other words, that there is no such character as a hypocrite. But the gospel has made no such declaration. On the contrary, it was the Master’s own prediction that the tares and the wheat should be found together; and it is agreeable to the uniform tenor of the gospel, that Christians in the present life are sanctified but in part. The alleged fact, then, of the imperfections of professed Christians, instead of being an argument against the truth of religion, furnishes strong presumptive evidence in its favor because it exactly verifies the declarations which the gospel has made in respect to the character of its professors.

But this notion which I am endeavoring to expose is as much at war with common sense as with Scripture. Is it rational to infer from the fact that there was a Judas in the family of our Lord, that the disciples were all nothing better than a band of traitors? Or because there are professors of religion at the present day who prove themselves hypocrites, are we hence to infer that there are none in whom religion has its genuine operation? Or that the gospel itself is only a miserable forgery? What would you say of that kind of reasoning which should infer that the science of medicine or law was only a piece of imposture, from the fact that some men professing a knowledge of it were quacks or deceivers? Or which should make every individual in the profession responsible for the ignorance or mismanagement of a few of its members? The truth is, that common sense decides that the character of each professed Christian is to be judged independently of every other; and that the character of the gospel is to be estimated by its practical tendency. Examine the gospel then, and see whether it does not condemn sin in every form, and in every class — in no class more explicitly than in those who profess to be the followers of Christ. And in view of this fact, say whether the imputation which I am considering is not a foul slander on our holy religion.

And what, after all, is the amount of the fact alleged in this charge against religion? It is only that some of its professors dishonor the Christian name; while it virtually admits (and certainly the most unblushing malice against the gospel cannot deny) that a considerable proportion of them adorn their profession by a holy life. And if the instances of apostasy, or lamentable declension, which occur among professing Christians prove that religion is all a cheat, I ask, what, on the other hand, is proved by the fact that so large a number persevere, and exhibit to the close of life, a holy conversation and deportment? The truth is that the former of these facts proves nothing against religion in any way; for it is not to religion, but to the absence of it, that it is to be referred; whereas the latter furnishes decisive evidence that religion does exert a benign and controlling influence over the heart and life.

Say now, my young friend, will you dare to plead this apology for the neglect of religion any longer? Is it not a reflection upon your reason that you should have ever ventured to plead at all? That there are false professors we admit, but your situation as a sinner is just as alarming, even though there were not a false professor on earth. They indeed will suffer a tremendous doom. But whatever that may be, certain it is that the Bible denounces tribulation and anguish upon you. And if you continue in your present course, you may find — when it is too late to profit by the discovery — that the time you had spent in cavilling about the imperfections of professors, had been far better employed in mourning over your own sins and gaining an interest in the great salvation.

Rev. William B. Sprague (1795-1876) was a well-known Calvinistic, Presbyterian pastor who served West Springfield, Massachusetts for ten years and Albany, New York for forty years. He published 165 sermons and fourteen books, several of which were written for young people. This address is taken from his Lectures to Young People, recently reprinted by Sprinkle Publications, P.O. Box 1094, Harrisonburg, VA 22801.

An Address to Young People: Excuses for the Neglect of Religion (2)

Youth often excuse themselves for the neglect of religion, on the ground that it is gloomy, that it throws a damp on all the joys of life. This certainly is a very serious c...

An Address to Young People: Excuses for the Neglect of Religion (1)

The great principles of human nature, though modified in their operation by circumstances, are substantially the same in all ages. Hence there is a considerable degree of uniformity in the manner i...

An Address to Young People: Excuses for the Neglect of Religion (5)

The only remaining excuse for the neglect of religion which I shall notice, is, that there is time enough yet.And what is it, my young friend,...

ARE WE ASHAMED OF THE GOSPEL?

Is Christianity becoming more and more apologetic in its approach to the modern world It often looks as though it is on the defensive in this new age of exploding knowledge, particularly as it fa...

THE CALLED OUTThis call to leave the world occurs in one of the primary passages of the New Testament teaching the Christian doctrine of separation. The complete passage runs from 2 Cor. 6:1...

Uitgave: An Address to Young People: Excuses for the Neglect of Religion (3)