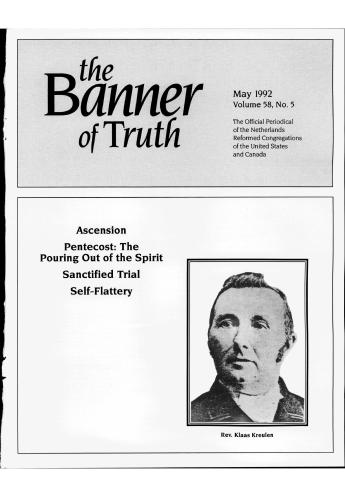 Joseph gave his brothers bags and bags of corn to take home. They put them on their donkeys and hurried away.

The brothers were quiet as they rode home. They rode on and on. Soon one of the men wanted to feed his donkey. So he reached into the bag of corn that Joseph had given him and grabbed a handful. Say, this wasn’t corn! This was — money! The money he had given the governor for the com! It was all back in his bag!

The others saw the money, too. Suddenly they were very much afraid. “Oh, no!” they cried. “The man will think we are thieves as well as spies! What will we do now?”

As soon as they arrived home, the brothers hurried into the house to their father Jacob. “That man spoke very mean to us!” they cried. “He says we are spies! And now we have to take Benjamin back with us to prove that we aren’t!”

“And look, Father,” added another brother, “I have found my money in my bag of corn. The man will think we stole it!”

The other brothers also began to open their bags of corn. But —what had happened? Each of the brothers had money in his bag! Every one of them had been given back all the money they had paid for the corn!

The men were scared now. Jacob was worried too. “But you cannot take Benjamin,” he said. “Joseph is gone. Simeon is gone. And you want to take Benjamin too? No. I cannot let him go.”

Reuben told his father that he would take care of Benjamin. “You can take my two boys if I don’t come back with him,” he said. But Jacob still shook his head. “No, no, no,” he said. “I cannot let him go.”

Can you understand how Jacob felt? How sad it would be to lose a son or daughter! How sad Jacob was. He had faith in God and he believed that God would make everything work out to his good. But sometimes it was hard to believe that God was helping him. His two sons were gone. He was having so many troubles. And could God still be helping him? But we will see that God was working things out so that Jacob would be very happy!

Jacob and his sons had soon eaten up all the corn that was in the bags which Joseph had given them. So Jacob told his sons to go back to Egypt to buy more food.

“But we can’t,” Judah said. “The man was very angry. He said we cannot come back unless we have Benjamin with us. If you send him with us, we’ll go, but if you won’t, we can’t.”

“But why did you even tell him you had a little brother?” asked Jacob. “You never should have told him!”

“But the man asked all about our family,” the brothers said. “How did we know he would say to bring Benjamin?”

Then Judah said to his father, “Send Benjamin with me, I will take care of him. If anything happens to him, I will take the blame.”

So finally Jacob let Benjamin go. He knew they would have to get food sometime soon, or else they would die. He sent a lot of presents, too, for the governor. The brothers also took along all the money that had been in the bags, as well as more. They were very afraid of this mean governor. How surprised they would have been to know it was their brother Joseph!

I’m sure Jacob did a lot of praying while his sons were gone. How much he needed God’s help now!

The brothers were very scared as they went to meet the governor. What would this mean, rough, angry man do to them now? What would he say when he saw the money which they had found in their bags? Would he think they had stolen it? Would he put them in prison? What about Benjamin?…

But what a surprise they had! The governor, who of course was really Joseph, made a big meal ready for them! He told them, “Don’t be afraid. Your God and the God of your father has blessed you with the money in your bags. You can keep it.” Then he let Simeon out of prison.

But one thing made Joseph very sad. When he saw his brother, Benjamin, how he wanted to hug him! How he loved him! But Benjamin didn’t know Joseph. So Joseph went in another room, and cried and cried.

Then it was time for the big meal that Joseph had made ready. Joseph sat at one table, and all his servants at another table. His brothers all sat together at yet another table. But — there was something strange. This governor had put them in their seats with the oldest one first, then the next oldest, then the next, all the way down to little Benjamin! How did this man know who was the oldest and the youngest? There were eleven of them! And some of them were shorter than their younger brothers or taller than their older brothers! How did this man know? The men wondered and wondered!

And this man must really love Benjamin! He gave him — oh, so much food! More than they had!

But — are the brothers jealous of Benjamin? Do they hate him the way they hated Joseph because he had a beautiful coat of many colors? No, they’re not jealous. And Joseph saw this. It told him something. And this tells us something too. It tells us that they had changed. God had softened their hearts. Now they had love in their hearts again. We can see how God can melt even the hardest heart of ice!