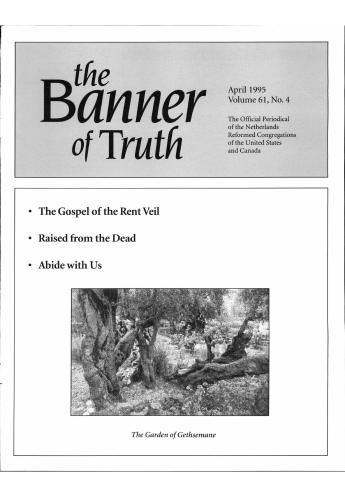 It was so hot in the sun! Peter straightened up and shielded his eyes from the glaring light. He pushed his cap to the side and wiped the sweat from his forehead. Whew! It was hot!

At the end of the row of plants, his father was still busy. He wanted to get all the weeds out today, and Peter was helping him.

It was so quiet out here. Even the birds were sitting silently in the trees, too lazy to fly or to sing. On the narrow road along the field to the town it was quiet, too. Peter had not seen many travelers today.

Suddenly Peter looked at the road again. A traveler was passing their piece of land. It was a holy man. He surely must be hot! His long coat must be warm. The man did not have his cap on. His hands were hidden between the folds of his robe. He walked on, solemn and grave.

Father called Peter. “Come on, Peter, we deserve a little rest.” Ah, Peter liked that. He was so tired.

Together they went to the end of the field. There they could sit in the shadow of the trees. While they were eating some bread, Peter asked, “Did you see that holy man, Father?”

His father nodded and said, “I know him. It was Father Anthonius. He is a good man. I think he was on his way to see a sick person. He always tries to help the sick people. I wish all the monks were like him.”

Peter looked at him questioningly. He knew where those monks lived. It was over the mountain, in a great somber building. They called it a monastery. Peter had seen it many times. It was a building with big, sturdy walls, with hardly any openings. Sometimes when he passed there, he wondered what was going on behind those gloomy, forbidding walls.

He looked at his father. “What do those monks do there the whole day?”

His father shrugged his shoulders. “I know that the monks who are living together with Father Anthonius do a lot of good things. They work in the garden and try to raise herbs to make medicines. Others write and copy good books, and still others visit the sick or teach the children in the villages. But there are other monasteries. The monks who live there do not work at all. The whole day they walk from door to door and beg for food. They have to live from what they get from the people. I am glad they don’t come to our door too often. We hardly have enough for ourselves.”

Peter knew that. Every day they had to work hard to get some food on the table. If the harvest was good, and when father had given his share to the landlord, and when they could catch some hares or rabbits once in a while, then they could eat enough. But there were so many times that it was different. He knew that from experience. It was not so easy when he and the other children had to go to bed with an empty stomach.

He looked over the field. If only it would rain this week ... then maybe they could have a good harvest.

“Why do they do that, Father?” he asked.

His father was silent for a moment. “Oh, I don’t know. I guess they think they can earn heaven that way.” He hesitated a moment. “They think they can leave their sinful hearts outside the gate of the monastery, Peter. I don’t know if they really can do that. I think we always have our sinful heart with us. Wherever we go, wherever we are ... I feel it that way. But I just don’t know....”

Father did not say anything more about the monks. Peter looked at him. His father did not seem too pleased with those monks. But they were holy men! Could it be true that they could leave their sinful hearts outside the gate of the monastery? Was that the reason they looked so holy? Everyone treated them with respect. And sometimes, oh, yes, he knew, sometimes the people were a little bit afraid of them, too.

They had to go back to work. The sun was still hot, but in the distance the clear blue sky seemed to become a little gray. Father looked for a moment and said, “We’d better hurry, Peter. I think we will get a thunderstorm at the end of the day. I hope we will get some rain then, too.”

They worked all day. When they came home Peter felt contented and proud. They had weeded the whole field.

Outside it became dark, and a powerful wind started to blow. A terrible thunderstorm made them all tremble. Peter was afraid of the lightning and the thunder, but he was so happy that it rained! He looked at his father. He would be happy, too. In the little hut it was cozy and safe.

The night came, and everyone went to bed. Tomorrow would be a busy day again.

Peter was sleepy, too. “But tomorrow,” he thought, “tomorrow I’m going to help my father again, and when the harvest is good, then mother can bake some bread for us every day. Ah, wouldn’t that be nice? And maybe, when such a begging monk would come to their hut some day, they could give him a little piece, too.”

“Oh, Mom, look!”Cindy pointed towards the road. A few monks in their long, brown garb were standing by the gate, and they looked at the house.“Oh, no! Not again!” Cindy heard her moth...

Where Is My Father?

“Mom! Why are you crying ” Betty tried to pull her mother’s hands down, as she looked at Herman, her big brother. Couldn’t he do something about it Mother was crying — and that was so awful, so...

School was over. José hurried home as fast as he could. He had such good news to tell! The teacher had told the children all about the new pope. What a man he was! His name was Gregory. The teacher...

Bishop Claudius, a Forerunner of the Reformation

“What’s going on over there ” Bernard looked at his friend Paul, who was walking with him through the streets of Turin. They were just passing the big cathedral in the center of their city....