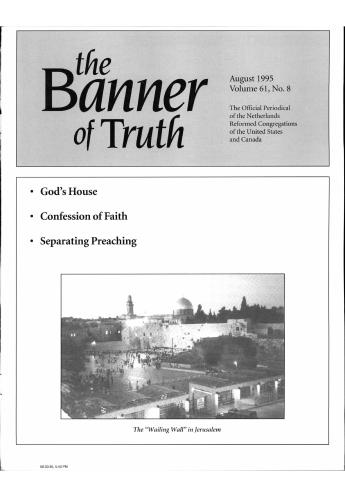 A Hiding Place in the Pyrenees (2)

Pedro walked outside their hiding place. Around him he saw the tops of the Pyrenees. How beautiful those mountains were!

Sunbeams played through the trees, and the little shadows of the leaves danced over a narrow path. High on the mountains, huge rocks towered over deep ravines. Close by their hiding place a small brook flowed with a soft murmuring down the slope. It was so quiet. He could hear only the birds and the soft whispering of the wind in the trees. Ah, his father knew his way in these mountains! No, these strange Mohammedans would never find them here!

Father had been gone for a few days. He wanted to know how it was with the war. Were these Mohammedans still in their country?

Pedro was waiting. Maybe his father would return today.

Pedro had already shot a rabbit. That would be nice for their supper tonight. He was planning to call Justin. Maybe they could do something together.

Suddenly he saw something moving far away. Somebody was climbing down that mountain! It was his father! He was coming! What news would he bring? Would they be able to return to their village?

As soon as he saw his father’s face, he knew that the news was not good.

“They crossed the mountains and are already in France,” his father told them when they were sitting together.

He sighed deeply. “No, I don’t have encouraging news. It seems that they are conquering the whole world and that everyone will have to believe in their god and that prophet. But I never will do that!”

He clenched his fists, stood up, and walked from the cave. He looked over the ravine into the distance. He did not see anything, Pedro knew, but his father was thinking. He had something on his mind, that was certain.

He turned back to them and said, “I have to go and fight. I cannot let this happen. I have to help them.”

“Who?” Mother looked at him with big frightened eyes.

“The King of France, Charles Martel. He is calling all the men together to fight the Mohammedans. If we do not, all the countries of Europe will be conquered, all the churches will be closed, everyone will have to believe the new religion. I cannot, we may not, let that happen.”

That had happened some time ago. And now — every day they waited. When would Father come back, if he came back at all? Maybe he had been killed in the battle. But no, Pedro did not want to think about that. Oh, if Father would only come back before the winter. They could not stay here when the snow came; that would be impossible.

Finally, one day, unexpectedly, there was Father. He looked tired and dirty, but his eyes sparkled.

They were so happy that night when they were sitting around the fire. Oh, yes, now they needed a fire, for summer was nearly over, and it was chilly at night. It was also safe to make a fire again; the light and the smoke could not betray them anymore. The Mohammedans were gone.

Father sighed. He was tired but happy. “We defeated them. Thanks be to God, the Almighty.” And then they all sighed. What a relief that was!

“Oh, Dad, tell us everything.”

“Certainly, I will tell you all about it. The King of France, Charles Martel, had a mighty army. Many men came to help him. They all knew that if we did not stop those Muslims, our freedom would be gone forever, and our religion, too. But still, the Mohammedans were mightier. They tried to frighten us with their cry, ‘Allah is great! Allah is great!’ But we did not flee. We all knew what was at stake. When it seemed that the Mohammedans would win, the King cried out with a thundering voice, ‘Forward, my brave men!’ His soldiers heard and made a last attempt to drive those Mohammedans back. It was a surprise attack. The Mohammedans had not reckoned on that; they became confused and started to flee. We drove them back over the mountains. Our village is liberated, too, and now our soldiers are driving them back all the way to the sea. But I came home. I think they can do it without me now. France is free, our country will be free, I am sure of that, and the church of God is saved.”

The boys looked proudly at their father. He had helped to defeat those Mohammedans! Wasn’t that something?

A few moments later Father fell fast asleep, exhausted, but not before he had thanked the Lord with a trembling voice for His help in defeating the enemies.

Pedro and Justin pushed the cart. Father led the cow and helped Mother down the slopes when it was steep. They were going home!

Like as the days of Noah were,
So shall they also be,
When Christ, the Son of man, shall come
Whom every eye shall see.

Before the flood, they ate, they drank,
And married day by day;
And knew not till the flood was come
And took them all away.

So now men live, and buy, and sell,
And peace and safety cry,
Not knowing, in their unbelief,
That Christ the Lord is nigh.

The ark, the ark, and it alone,
Was safety in the flood,
So Jesus, and no other name,
Saves sinners by His blood.

All in the ark were very safe,
For God had shut them in;
So all Christ’s sheep are in His hand.
And none can pluck from Him.

A Hiding Place in the Pyrenees (1)

It was hot and dry. The fields in Spain lay scorching in the heat of the sun. The leaves on the trees hung down listlessly. The animals tried to find a place in the shade.Pedro had just come...

It was so hot in the sun! Peter straightened up and shielded his eyes from the glaring light. He pushed his cap to the side and wiped the sweat from his forehead. Whew! It was hot!At the end...

The wind was blowing hard, and the rain came down heavily, making everything dark and gloomy. James and Lisa sat close to the stove. Ah! That was nice and warm! When they had come home half an hour...

Uitgave: A Hiding Place in the Pyrenees (2)