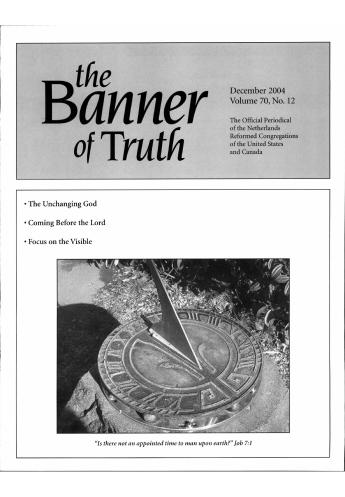 “Then Joseph could not refrain himself before all them that stood by him; and he cried, Cause every man to go out from me. And there stood no man with him, while Joseph made himself known unto his brethren. And he wept aloud: and the Egyptians and the house of Pharaoh heard. And Joseph said unto his brethren, I am Joseph; doth my father yet live? And his brethren could not answer him; for they were troubled at his presence” (Genesis 45:1-3).

It says in the beginning of our portion of Scripture, “Then Joseph.” Focus for a moment on that important little word then. It is a pivotal word that points to a certain time. It pointed to a time when Joseph could not refrain himself anymore. It pointed to the time when Joseph could no longer hide his love for his brothers. The tears flowed from his eyes, and he could no longer hide his feelings from them. Sooner he could not have revealed himself, but longer he would not wait. The word then refers back to the previous chapter, which spoke about several things. It revealed that these brothers came to know their lost condition. “God hath found out the iniquity of thy servants.” That had to take place before Joseph could reveal himself unto them, because their enmity had to be broken. Joseph could clearly see that a wonder had taken place with his brothers. The Lord had worked in their hearts.

Imagine Joseph as he stood before his brothers with Benjamin in the midst of them. Maybe his thoughts went back through all the years he had spent in Egypt: the years in Potiphar's house, the years in prison, and the like. When he saw his brothers, he saw that God had broken their hard and indifferent hearts and that sorrow lay upon them.

Joseph caused every man, all the Egyptians that were with him, and the servants that were always round about him, to leave the room before he made himself known unto his brethren. “I am Joseph; doth my father yet live?” The other times that he had spoken about his father he said, “Your father.” But now he was able to say, “My father.” What a wonderful time that was for Joseph.

His brethren could not answer him, for they were troubled at his presence. What does that mean? Well, my friends, that can happen in the life of the people of the Lord. When we have felt ourselves sinking ever deeper and have to be honest with God because of our sins, and then the Lord Jesus Christ reveals Himself by saying, “I am Christ,” there are times that we are troubled at His presence.

As the brothers stood before Joseph, it could be that their sins came back before them in a split second. The Lord can bring them all back quickly. In a very short moment they could have thought back to the pit and their brother lying in it.

“They were troubled at his presence.” As they looked up into his face, they could see the tears flowing over his cheeks and the love in his eyes. They could not measure the love they saw in his eyes. Then for a second time he said unto them, “I am Joseph your brother.” Sometimes the Lord is willing to say it a second time to His people when their trembling heart does not dare to accept it because of the burden of sin. There are times that the Lord comes back upon it and speaks the same words. What a holy moment that is in the life of those people.

Joseph spoke unto his brothers the second time because he saw how difficult it was for them. He saw that they were troubled and needed some assurance of his love for them. Is it not true in the life of God's people that they sometimes beg the Lord to say the same words again? “Speak again, Lord, unto my soul.”

“Now therefore be not grieved, nor angry with yourselves.” He was Joseph, and he was able to forgive them. He also told them not to be angry with themselves. “Do not spend your time beating yourselves, but leave it with me.” He then said something wonderful to them three times. Three times he said that it had been the Lord who had directed him to Egypt. In verse 5 he said, “For God did send me before you to preserve life.” In other words he said that in spite of their wickedness the Lord stood above it all, so that good might come out of it. In verse 7 he said, “And God sent me before you to preserve life.” And in verse 8 he said, “So now it was not you that sent me hither.” Thus three times he said that it had been the counsel of the Lord that had sent him to Egypt. Joseph also had learned something. He did not know the counsel of the Lord when he was in Potiphar's house and in the prison. No, he came to know that much later.

Think of the Lord Jesus Christ. He also came that a remnant might be preserved unto holiness and godliness. That remnant is a multitude that no man can number, but they are all known by God. It was according to the counsel of the Lord that Christ would come upon this sinful earth and be like unto His brethren, sin excepted. He would take their punishment and carry it away so that a posterity might be preserved. They are a blessed people, indeed, who may know something of Christ and the way that He leads His people. They are a blessed people who may know the Promiser in their heart because He has revealed Himself to them, saying, “I am Joseph.”

Joseph's brothers received light upon their pathway, which before was nothing but darkness for them. They had no light as to why they had to bring Benjamin along. They had no light when Simeon was put in prison. They had no light when the cup was found in the sack of Benjamin. All they could say was, “God hath found out the iniquity of thy servants.” But now they lifted up their heads and heard Joseph say, “Come near to me, I pray you…I am Joseph your brother.” They received light upon life's pathway. They were able to see why Joseph had to bring them back time after time. They saw that it was God's way to bring them to an end and to break their hard and indifferent hearts. Only Joseph could bring that light. Only Joseph could ignite that light and give knowledge of the past.

So it is in the life of God's people. Only Christ can give light upon the past and upon the finished work of the cross. I f Christ does not shed light upon them, then they sink down deeper. When that light is given, then they are able to see the wonderful way that the Lord has led them through all the trials and tribulations of their life.

Verse 14 tells us that Joseph embraced Benjamin and wept upon his neck, and that he kissed all his brethren and wept upon them also. After that, the Bible says that his brethren talked with him. That was a wonderful time that the brethren experienced standing before Joseph. It was a precious time in their lives when they stood in that freedom and in that knowledge that Joseph had spoken unto them and that he was their brother and was not angry with them. They were able to look upon Joseph and see and experience his love and feel his embrace.

Notice what Joseph said to his brothers right after he revealed himself unto them: “Doth my father yet live?” Joseph did not forget his dear father; no, he was always thinking of him despite the many, many miles that separated them. In verse 9 he admonished his brothers to make haste. “Haste ye, and go up to my father, and say unto him, Thus saith thy son Joseph.” These brothers became Joseph's messengers. What would they say unto their old father? Exactly what Joseph told them to say. They spoke of the exalted position of their brother. “Joseph is yet alive, and he is governor over all the land of Egypt.”

For two years the famine had raged in the land of Canaan. Jacob's family were able to get by for the first year, but during the second year it became so difficult that Jacob told his sons, “Get you...

The Word of the Lord is just like a gold mine. The gold of the Spirit lies clearly and abundantly revealed upon the pages of that Word. But for it to profit us, we need to receive the spade of the...