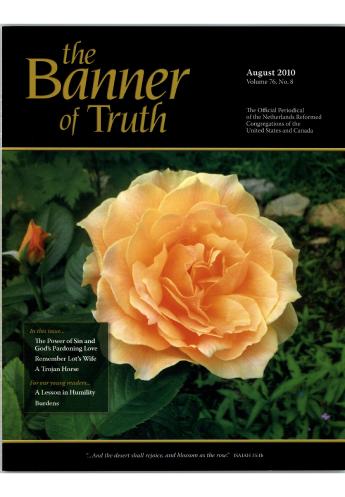 Most of us are probably familiar with the ancient story of the city of Troy. Its inhabitants were besieged by an enemy who tried again and again to capture the city without success. Finally, the enemy sailed away in apparent retreat, but they had built and left behind a huge wooden horse which Troy’s inhabitants thought was a token of their enemy’s conceding defeat. After some days of deliberation they decided to bring the wooden horse into the city to celebrate their victory over the enemy. Unknown to them, their enemy had several of their best soldiers lodged inside the horse. While the people of Troy slept that night, these soldiers emerged, opened the gates of the city, and inflicted a devastating slaughter on the unsuspecting inhabitants. This remarkable story teaches us that we cannot be too cautious when we consider something that appears to be innocent but has the potential of being destructive. The inhabitants of Troy were actually looking at their enemy; yet, unknowingly, they invited them into their city. They didn’t realize their mistake until it was too late.

We live in a digital age. Technology in its many forms surrounds us. It permeates the world of business, education, science, and medicine, and it is also very useful in our homes. Technology in itself is neutral. It is a tool. It does not have moral value; it is neither good nor evil, but it can be used for good, and it can also be used for evil. That is how it can be a Trojan Horse. There are two main concerns that should be considered regarding technology. One is time, the other is the environment.

No one can deny that there are many benefits to be derived from technology. A certain amount of time is required for its successful use, but technology, for many, is an all-consuming phenomenon. Many people spend hours and hours surfing the Internet, sending hundreds and hundreds of text messages, or wasting their God-given time playing video games instead of doing more important things. When this is the case, then technology has become a Trojan Horse. It has entered our homes and taken control of our lives.

Similarly, there are issues which can broadly be categorized in the environment. Children or adults who frequently play video games “live” in a vicarious world. They are often surrounded with war-like zones, extra-terrestrial territory, imaginary space-life, or other unreal environments. Also, many videos and DVD’s portray a fictional lifestyle which is very far from reality. Very few, if any, movies picture a sober life in which the characters truly fear God, go to church, and practice biblical family values. Children, growing up in this imaginary world, are not living and developing in a world of reality. What is that doing to their psychological development? Exposure to new and different environments can lead to a disturbed view of reality.

There is a legitimate and genuine use of videos and DVD’s. They can be very educational and can present a concept in an extremely compelling way. Documentaries and demonstration videos can teach things in a few minutes that otherwise would take hours or days or even could be impossible to learn. We use them at school, they are used in the business world, and many use them at home, too, but the very same machines which can play documentaries and demonstrations can also play videos and DVD’s that are immoral and very damaging. The same machine that we can spend a profitable time on can be watched every night and steal away our precious time. That is when videos and DVD’s become a Trojan Horse.

Some parents allow their children to watch “innocent” videos. Some use them as “babysitters.” Children and young people are kept occupied in front of a video or computer screen. Many children grow up in this kind of environment. What is the mindset that is developing in them? What will keep them interested in something? Entertainment by its very nature requires something more stimulating.

Video games are another concern of our modern culture. There are video games that are very educational. They present subject matter in an interesting, challenging way, and they help some students learn who are less inclined to learn by the traditional method, but some video games come packaged with things that are not so innocent. Often, the primary focus is entertainment, where characters are killed and then live again. What does that do to a child’s developing concept of death? Is death going to be viewed as a solemn result of sin? Numerous characters in video games have extra-terrestrial features. Aliens from a supposed other world have captivated the mind of many children and young people. What is the mindset being developed here? Often it is difficult for children to separate fantasy from reality. What is the long term effect of a childhood immersed in thoughts about an extra-terrestrial world? Is this a Trojan Horse to separate the mind and heart of our youth from the reality of death and eternity?

Trojan Horses are not only found in digital technology. The standard book industry harbors these Trojan Horses as well. We recently viewed a recommended reading book list for children from a public library. The theme promoted was extra-terrestrial mythology. Several books dealt with rebellion against authority, denying traditional values, etc. Books with decent morals were not on the list. Can we drop our children off at the public library today? Are books another Trojan Horse?

Whether we consider videos, DVD’s, Internet access, communication technology, or books, we are dealing with some basic fundamental issues. Each of these can result in problems that creep in unawares, and before you know it, the enemy is living “inside the city.”

Time—How much time is unnoticeably wasted on all these things? This is a precious God-given commodity. When it is gone, it is gone. We must give an account for the use of our time.

Access—What influences have been introduced by ready access today? What stirs in the heart of man when every evil is available at the click of a mouse?

Virtual reality—In the digital realm virtual reality is so captivating. Vicarious experiences can seem so real. Where are our mind and heart when they are so engaged in non-edifying activity?

Health—There is a growing concern, even by those who are not concerned about moral issues, that children are lacking physical activity. Video games and other digital activity are taking away from playing outside in the fresh air. What is the long term effect of hundreds of hours in which only the fingers move?

We cannot turn the dock back. We live in the digital age, and it is here to stay. We cannot separate ourselves from the technology that is a part of our society today, but we can be aware of its negative potential and do what we can to counteract it. Following are five different steps that can be taken:

1) Monitor carefully—We should be aware of just what our children are doing, what they are watching, and how much time they are spending on various digital apparatuses.

2) Share concerns—When you discover something of concern, share your concern. If others know about it, they can watch for it, too. Helping each other identify the danger is very important.

3) Provide healthy alternatives—A good way to avoid evil is to replace it with something that is good. Children are energetic and enthusiastic, and they need activity. Provide wholesome activity to avoid the temptation of frivolous ones.

4) Speak to your children—Explain to them just why you are concerned about some activities. Just forbidding them is not enough. They need to learn how these things do not relate to your value system.

5) Pray for and with them—Try to bring the soul’s needs of your children at the throne of grace. What influence is felt when a child hears his father or mother begging for the spiritual welfare of his child? God alone can teach and change hearts in the deepest way.

Trojan Horses—there are so many of them today. May the Lord remember us in His tender mercy and grant that there might be a seed in a new generation that serves Him. He has promised that that seed will exist until the very end of time. May we and our children also be found among them.