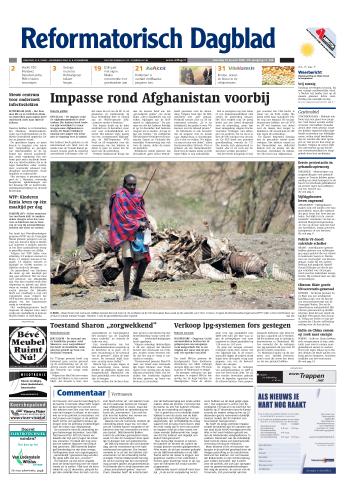 CHICAGO - Middle-age people who are overweight but have normal blood pressure and cholesterol levels are kidding themselves if they think their health is just fine.

Researchers of the Northwestern University in Chicago (Illinois, USA) tracked 17,643 patients for three decades and found that being overweight in midlife substantially increased the risk of dying of heart disease later in life - even in people who began the study with healthy blood pressure and cholesterol levels.

High blood pressure and cholesterol are strong risk factors for heart disease. Both are common in people who are too fat, and often are thought to explain why overweight people are more prone to heart disease. But there is a growing body of science suggesting that excess weight alone is an independent risk factor for heart attacks, strokes and diabetes.

The new study fits with that evolving school of thought and contrasts with a controversial government study published last year that suggested excess weight might not be as deadly as previously thought.

"The take-home message would be pay more attention to your weight even if you don't have an unhealthy risk factor profile yet", said lead author Lijing Yan, a researcher at Northwestern and Peking University. The study appears in the Journal of the American Medical Association, this week.

Participants were Chicago-area men and women in their mid-40s on average who had no heart disease or diabetes when the study began. They were followed for an average of 32 years. The researchers tracked deaths from cardiovascular disease and diabetes, and hospitalizations for those conditions, starting at age 65.

Participants who were modestly overweight but had normal blood pressure and cholesterol still ran a higher risk than the normal-weight people. A total of 1,187 participants -494 of them overweight or obese- had normal blood pressure (120 over 80 or lower) and cholesterol levels (under 200) at the outset. Standard body-mass index categories were used to define weight, BMIs of 25 to 29 were considered overweight and 30 and above was obese. (The Wall Street Journal)

Ms. Yan said it is possible that some overweight participants developed high blood pressure and cholesterol problems during the study, which could have contributed to their deaths. But she said researchers increasingly believe that being too fat causes other cardiovascular problems, too.

Fat tissue "is not like an inert storage depot - it's a very dynamic organ that is actually producing hormones and chemical messengers", said JoAnn Manson, chief of preventive medicine at Harvard's Brigham and Women's Hospital. These substances can damage blood vessels, increase the risk of blood clots and cause insulin resistance that makes people prone to diabetes - all without elevating blood pressure or cholesterol, said Dr. Manson, who wasn't involved in the Northwestern study.

Still, there is a common misconception that excess weight is nothing to worry about until high blood pressure and poor cholesterol develop, and those can then be treated with medications, Dr. Manson said. "Patients say that all the time, and many doctors actually will say that to patients too", she said.

"It has been generally assumed that living to 100 years of age was limited to those who had not developed chronic illness," said Dr. William Hall of the University of Rochester. Hall has a...

In a study of older women, researchers found that a physically active smoker had a 35 percent lower risk of lung cancer than a sedentary smoker. Even so, one expert called that reduction trivial b...

The risk of a heart-related death while putting out a fire was up to 100 times higher than the risk during down time, Harvard researchers found, even though fighting fires accounts for only a smal...

Researchers followed more than 88,000 healthy women for almost 25 years. They examined their food choices and looked at how many had heart attacks and strokes. Those who fared best had eating habi...

NHS staff told researchers obese women need closer monitoring and special equipment, and have a higher risk of complications such as pre-eclampsia. They also said additional abdominal fat can make...